Ultraviolet, iTunes and the Apple-shaped hole 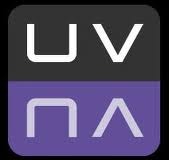 While seamless device portability for high quality content has become the hallmark of successful digital media strategies, Ultraviolet — a competing digital content and device ecosystem to iTunes — must address a range of challenges if it’s to drive meaningful consumer adoption, according to a new study from the Strategy Analytics Digital Media service (http://www.strategy.com).

The broadly-backed Ultraviolet initiative may struggle in the face of Apple dominance in the digital media content and device landscape, according to the research group. The question is: does Apple have a viable alternative? iTunes, in its present form, isn’t. Apple and Disney aren’t part of the Ultraviolet alliance and are purportedly teaming up for a competing solution called KeyChest.

“Given the scale of the challenges facing Ultraviolet it is just as well that the strengths and capabilities of its backers are the most impressive ever seen in a CE and media industry consortium,” says Ed Barton, Director of the Strategy Analytics Digital Media Service (DMS). “To drive consumer adoption, Ultraviolet will have to offer a frictionless experience across multiple content and device vendors. In the face of entrenched and fierce competition, Ultraviolet will have to offer a clear and convincing answer to the question many consumers will naturally pose: Why use it?”

According to this latest Strategy Analytics Insight Ultraviolet faces a significant challenge to convince consumers to shift away from established services such as iTunes. The shadow of uncertainty arising from the absence of Apple from the DECE consortium behind Ultraviolet means that the market can’t be certain about whether Ultraviolet-enabled content will work on Apple devices or whether iTunes will sell UV-enabled content.

“The emergence of Ultraviolet will up the competitive stakes in the provision of digital media lockers and cloud-based content distribution,” says Barton. “However a lack of compatibility with Apple devices or iTunes will discourage the highest spending digital media customer base from using Ultraviolet content which in turn impacts the value proposition. Consumers love content which offers seamless device portability and have already demonstrated this in their spending: in the absence of cooperation from Apple, Ultraviolet must surpass what is already available from competitors (and, of course, from pirated media) in order to deliver the results such a consortium deserves.”

It would be to everyone’s benefit if there was some sort of “marriage” between iTunes and Ultraviolet. Some at the major film studios want to take advantage of UltraViolet to prevent DVD libraries from being rendered obsolete in a format upgrade.

Some back ground: in July 2010, a group of media and electronics companies have announced an agreement on an all-formats system called UltraViolet for digital downloads. The single standard will, at least in theory, allow the consumer to purchase films to be viewed on any device — a computer, smartphone, game console, Blu-ray player, and television. And it sounds like something Apple would like, but that remains to be seen.

Backed by 48 companies — including film studios such as Paramount, Warner Bros., Sony and Fox, and tech firms like Microsoft, Toshiba, Panasonic as well as Intel and Comcast — the consortium, called the Digital Entertainment Content Ecosystem (DECE) covers the spectrum of entertainment, software, hardware, and retail companies. The only holdouts as far as I know are the Walt Disney Company and Apple.

With UltraViolet, due to start rolling this spring, consumers will purportedly be able to shop at their choice of participating retailers — including stores with whom they already have relationships. A few clicks will link a retail account to the UltraViolet Account. Then consumers simply shop as usual; when they make purchases, a right is automatically added to their UltraViolet Account, unlocking the benefits of UltraViolet.

One feature being discussed at UV calls for asking users to load their DVDs into their computers so UV can scan them and verify they possess the movies. After verification, UV would place a copy of the film in the person’s digital locker. That makes sense. Typically, when media sectors have changed distribution formats, consumers are forced to shell out more money to update existing libraries. VHS tapes couldn’t play on DVD players and CD players were incompatible with vinyl albums.

Despite some glitches, UV has enormous potential. Let’s hope that Apple gets on board — unless it and Disney have an even better solution with KeyChest.