Seattle, Washington — April 1, 2002 — The Omni Group today shipped
version 2.0 of OmniGraffle, the symbolic drawing program built specifically
for Mac OS X. Version 2.0 adds a passel of new features, including the
addition of layers, handy new drawing tools and modes, embedded hyperlinks
and more web export options, incredibly rich AppleScript support, editable
magnets on shapes, a much more advanced and faster layout panel, and the
first of some beautiful new object palettes that really show off how
diverse a program OmniGraffle really is. Plus we threw in a bunch of
performance enhancements and bug fixes, because, well, there were some slow
spots and bugs in 1.0. (But not 2.0, it’s perfect in every way.*)

More information and a free trial download are available at
http://www.omnigroup.com/products/omnigraffle/.

Amazingly, the upgrade is free to registered users of OmniGraffle 1.0.
FREE! Read the first paragraph again, you can’t believe it, can you? Even
though it’s April 1st, this isn’t a prank. (But please do see our separate
press release, “The Omni Group announces it has contracted Russian space
agency to send the rest of N’Sync into space, as well.”)

We decided to be generous on this upgrade to reward all of OmniGraffle’s
early adopters, who believed in us (-sniffle!-), put up with the minor
difficulties in version 1.0, and have been so helpful with their gentle
suggestions for what should go into the 2.0 version (eg: “Speed it up,
chowderheads!”). But don’t get too used to this, you’ll be paying for 3.0.
(Sorry, we’ve got to make some money here.) The free upgrade even includes
everyone who has received or will receive a free version of OmniGraffle as
part of Apple’s pro machine bundle.

Ken Case, Omni’s Director of Engineering states, “I can’t believe Kevin has
released two major versions of OmniGraffle and I still haven’t gotten the
OmniWeb update out.” Wil Shipley, President of Omni added, “I have nothing
to say here because I’m writing this press release, so, in a sense, all
these words are my quotes.”

OmniGraffle is a new kind of drawing program that lets you draw with
symbols instead of doodling freehand, like Adobe(R) Photoshop(R), or
plotting curves, like Adobe(R) Illustrator(R). While both of those are
great programs (and we own and use them both at Omni), they are intended to
help artist create art, while OmniGraffle is designed to help you lay out
your ideas, play with them, and then show them to other people. For this
purpose other drawing programs have two major drawbacks: they require that
you have artistic talent, and they aren’t really designed to let you play
with ideas visually; moving objects around willy-nilly and changing entire
classes of them at once.

With all this hand-waving you may be thinking, “But what would I actually
USE OmniGraffle for?” To which we’d respond, “Hey, don’t end a sentence
with a preposition.” But after that we’d say that you can use OmniGraffle
to draw out anything that can be represented by symbols and lines: you can
use it to lay out office furniture in a new building, draw a network
diagram, make a flow chart, map where files are supposed to go on your hard
disk, chart how glucose molecules are processed during digestion, make a
family tree, draw up an org chart, plot out your database’s ER design,
rough out a screenplay… if you’ve ever had to draw something on a
whiteboard, chances are good you could have drawn it clearer, prettier,
faster, and more clearly using OmniGraffle. And you would have been able to
save it for later and share it on the web, too.

OmniGraffle is often compared to Visio(R), which gives people a decent idea
of our genre, but there are obvious differences between the two: many
people have told us OmniGraffle is a lot more fun and easy to use, and thus
useful, but on the other hand Visio has more modes for accomplishing some
specific kinds of tasks. Visio also costs about four times as much, appears
to be aimed only at business types, and doesn’t run on Macintoshes. (So
nyah.)

What’s Cool About This Release in Particular?

Layers: Can be created and you can set whether to lock, hide, or print them
on a new Info pane.

AppleScript: You can install scripts to control OmniGraffle and they will
automatically show up in its menu and in the “Customise Toolbar” panel, so
any script can be put on your toolbar (with a custom icon, even). Any
AppleScripts can also now be attached to diagram objects; they execute when
the object is clicked. For example, we have used this to create a simulator
that shows the flow of electricity throw various gates, written entirely in
AppleScript. Finally, you can also copy any shapes you’ve drawn as
AppleScript commands, and then paste those commands into a text editor to
see the exact AppleScript you’d need to use to recreate those shapes. This
is great for creating live documents: first draw out how you want things to
look, then copy them as AppleScript, then add the code to make them live,
and voila! We used this to make a little AppleScript that can take an
OmniOutliner file and make a graphical calendar of events in it using
OmniGraffle.

Embedded hyperlinks and more web export options: You can attach hyperlinks
to web sites or to local files to any shape, and then if you lock the shape
clicking on it will open the link. To show off the power of this, we’ve
also included support to drag frameworks and Project Builder files into
OmniGraffle, it then automatically creates a hierarchy of classes, lays
them out, and links each one to the actual source file, so when you click
on a class its file is opened in Project Builder. Image export is much
improved, and we’ve added the ability to output an OmniGraffle document as
an HTML image map, which makes it one of the easiest ways to create image
maps in existence.

Magnets: Can be edited on a per-shape or per-group basis now, using a new
Info pane.

Advanced and faster layout panel: Doing a layout now brings up a progress
sheet, and you can cancel long layouts. Force-directed layout now has
magnetic fields to help prevent overlapping lines. Hierarchical layout
allows you to set rank assignments on objects so they lay out consistently,
and allows you to pick from more directions (right-to-left, bottom-to-top).

New Palettes: The first of our free new palettes, “Office Layout,” full of
beautiful, fully resizable furniture which are all to scale with each
other, and “Network,” full of all kinds of networking gadgets and
computers, including a really pretty Apple G4 Cube.

For a bunch more detail into what’s changed, visit
http://www.omnigroup.com/applications/omnigraffle/releasenotes/.

OmniGraffle can be downloaded and used as a free OmniGraffle viewer. You
can also use OmniGraffle in unlicensed mode to do anything you want to any
number of documents with less than twenty items in them, so you can get a
feel for how the program works, draw some graphs, play with the animated
layout, and get comfortable with the application. Once you’ve used
OmniGraffle for a while, we bet you’ll want to edit documents with more
than twenty items, and then you can buy a license to fully enable the app.

Information about The Omni Group:

The Omni Group, forged in 1993 from courage, righteousness, and raw steel,
develops Mac OS X applications including OmniWeb, OmniGraffle, and
OmniOutliner; ports games to Mac OS X because really, what’s a platform
without games; and employs a bunch of unique individuals who all agree that
“Andy Richter Controls the Universe” is the best show on television, at
least until Fox cancels it. More information on The Omni Group is available
at http://www.omnigroup.com/company/, including a bunch of pages where we
spout our manifesto for being good people and writing good software, if
you’re into that touchy-feely stuff. 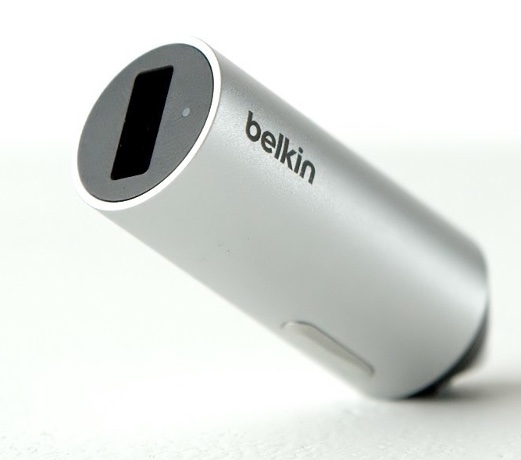