WebMerge 1.5 can work with any database that exports in Merge or
tab-delimited format, including FileMaker Pro and Microsoft Access. The
user creates a template HTML page with simple place holder tags, and
WebMerge creates a new HTML page from the data in each record of the
exported Merge file. WebMerge can also create an index page with links to
each of the generated pages. Generated pages can be hosted on any Web
server without the need for a specialized database hosting solution.

“We’ve been listening to the requests that have come in for the things
folks would love to see in WebMerge,” said Richard Gaskin, president of
Fourth World. “We’re pleased to report that this new version 1.5 satisfies
nearly every request that’s come in. We think it’s a powerful upgrade.”

“WebMerge is the best system I’ve come across for getting our data on the
web,” said Ben Campbell of London Review of Books. “I am particularly
impressed by WebMerge’s handling of long fields (some of ours are up to
50,000 characters). On my first use of the full program yesterday, WebMerge
generated 4.5MB of clean, error free HTML in less than 9 seconds. Pretty
impressive.”

– Automated Operation: You can now save WebMerge settings to a file, with
Auto-Run and Auto-Quit options which can make running WebMerge as simple as
double-clicking a file.

– Apple event support has been added for Mac OS users.

– Support for tab-delimited files. Now WebMerge can be used with nearly any
database and spreadsheet program.

– Added ability to specify sub-folders for generated HTML pages. WebMerge
lets you select a field for it to use for the name of the HTML files it
will generate, and if that field contains a folder name before the file
name (e.g., “myfolder/filename”) it will create the folder as it creates
the file.

– Added support for HTML character entities in field data, allowing you to
use smart quotes and other special characters in your data.

– You can now set a custom name for the optional index page that WebMerge
can generate.

– URLs in field data can be rendered as HTML hyperlinks. With this option
turned on, any field containing a URL beginning with “http://” will be
written to its HTML file as an HTML link.

Pricing and Availability
Fourth World WebMerge is available immediately at the publisher’s Web site:
(http://www.fourthworld.com/products/webmerge/). A free trial version for
each platform can be downloaded from the site. The trial version will
generate only 20 pages from a given set of records. A license is available
for US$69 which allows WebMerge to generate an unlimited number of HTML
files. Registered users of WebMerge 1.0 can upgrade to the new version for
free, using their existing registration code. 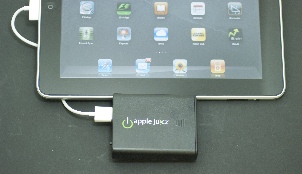