Griffin Technology, Inc. today annouced they have released Super Res, a
free universal video resolution enabler for the Mac. Super Res has both a
Control Panel and a Control Strip component that allows one to choose from
nearly 50 different video resolutions on current Macs. Super Res enables a
much larger range of video resolutions than are normally available. It
works with all Macs since the PowerMac 7200 including G3s, G4s, PowerBooks,
iMacs, and G4 Cubes.

Super Res is not only free but extremely powerful. It allows one to select
resolutions of up to 1920×1440. It also allows the selection of bit depths.
It is compatible with the built in video of all Macs as well as third party
video cards. With Super Res you can now access ALL video resolutions
supported by your video card or built in video not just the ones limited by
your display.

Super Res can be downloaded free from:
(http://www.griffintechnology.com/ftp/)

About Griffin Technology, Inc.
Since 1992, Griffin Technology has been an innovator of exciting hardware
and software products for the Mac market. Griffin currently manufactures
numerous innovative video, audio, serial, and ADB adapters for the Mac.
They also maintain the world’s largest database of monitor specifications
at www.griffintechnology.com/monitor.html.

Beatles tunes not exclusively for iTunes? 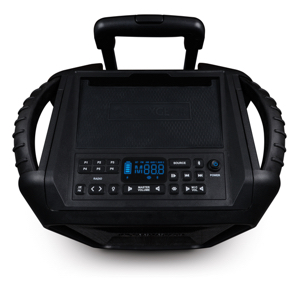