“Web developers have rapidly adopted Dreamweaver because of its advanced
support for visual web authoring, without compromising flexibility or
control over HTML source code,” said Kevin Lynch, vice president and
general manager, Internet and Multimedia Authoring at Macromedia. “The new
enhancements in Dreamweaver 1.2 build on that success, continuing to lead
the way as the most practical and powerful tool for professional web
developers.”

The new features in Dreamweaver 1.2 include:

* 3.0 and 4.0 Browser Compatibility – Now web designers can create pages
that incorporate advanced Dynamic HTML features – such as layers and
cascading style sheets – for users with 4.0 browsers, while ensuring
compatibility for users with 3.0 browsers. By using the Convert to 3.0
Browser command, the page will be compatible with 3.0 browsers, while
allowing users with newer browsers to experience Dynamic HTML. Dreamweaver
1.2 also includes a behavior to automatically send viewers to the page
optimized for their particular browser.

* Site Management – Users can now check for broken or external links within
pages, directories, or the entire web site. A single update fixes all
references to any orphaned files. Customers using Dreamweaver from behind a
firewall can now take advantage of Dreamweaver’s extensive FTP
functionality.

“Dreamweaver is the first professional level visual HTML editor I would
consider using,” said HotWired design engineer, Taylor. “It takes much of
the work out of writing cross-platform Dynamic HTML, so I don’t have to
worry about how to get it to work in both Netscape Navigator and Microsoft
Internet Explorer. Dreamweaver trusts that I know what I’m doing with my
HTML, so I can trust it.”

Integration with Other Macromedia Products

The newest release of Dreamweaver is functionally integrated to operate
smoothly with Macromedia’s other leading graphics and design tools. The new
integration with Fireworks, Macromedia’s next-generation tool for the
creation and production of Web graphics, enables users to edit images from
within Fireworks while automatically updating changes in Dreamweaver.
Dreamweaver is also integrated with Macromedia’s Flash*, the web standard
for vector-based graphics and animation, and Macromedia’s Director*,
creator of Shockwave* experiences. Together, these products provide a
comprehensive solution for creating and maintaining engaging, interactive
web sites.

Alapi from Icon Medialab is also available through Macromedia as an add-on
product for Dreamweaver 1.2. Alapi is a collection of pre-made JavaScript
behaviors and objects – including menu tree, bouncing objects, autoscroll
and more – which can be accessed directly from the Dreamweaver menu. These
libraries save Web developers from the task of creating complex JavaScript
code, eliminating the need to customize code for either Netscape or
Internet Explorer. Dreamweaver users can purchase Alapi directly from
Macromedia for only $49 by calling 1-800-457-1774 (North America only). For
more information and to see examples of the behaviors, visit the Alapi web
site at http://www.alapi.com.

Since its initial beta release in October 1997, Dreamweaver has received
rave reviews from Web designers, corporate customers and the media. The
product has stirred a great deal of industry excitement, generating more
than 200,000 downloads from Macromedia’s Dreamweaver Web site,
http://www.dreamweaver.com. During its launch at the 1997 Fall Internet
World in December, Dreamweaver won Best of Show for Outstanding Web
Development Software. Most recently, Dreamweaver won the 1998 Hyper Award
from New Media Magazine in the Visual Web Authoring Tool category.

Dreamweaver 1.2 ships with the full versions of Allaire’s HomeSite 3.01 for
Windows 95 and Bare Bones Software’s BBEdit 4.5.2 for the Macintosh.
Beatnik, Microsoft Internet Explorer 4.0 and Netscape Navigator 4.0 are
also included with Dreamweaver for Windows and Macintosh.

About Macromedia
Headquartered in San Francisco, Macromedia (NASDAQ: MACR) is a leading
provider of software products, each designed to help make creativity and
interactivity more possible in the new technology ecosystem. Macromedia’s
award-winning products for Windows, Macintosh and the Internet are
available to business, education, and government customers worldwide.
Additional information on Macromedia is available on the Internet at
http://www.macromedia.com. 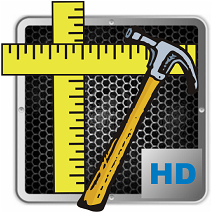