I was idly wandered through the brand new Sam’s Club here in Kansas City, Kansas, Friday afternoon. The store is just around the corner from my home. A neighbor, living just a few doors down the street, is the proud manager of the giant new store.

I was there at the grand opening a couple of weeks ago and actually ate the first “tomane torpedo” sold at the food court. Where else can you get a large Nathan’s hot dog and giant soft drink for $1.50?

As I was sampling the free bites of food they give away, I stumbled into the electronics department. The products on sale were all the Apple tablets, iPhones and iPods, as well as the brands X, Y and Z semi-equivalents. Features and prices varied wildly.

The electronics guy reads my Greg’s Bite articles. He commented as soon as he saw me, that as far as he was concerned, I had hit the nail right on the head in my recent article regarding Microsoft’s constant marketing gaffs.  I like it when even the die-hard PCs out there have to agree with my sarcastic, and somewhat critical, view of Microsoft and the “great tongue” himself, Steve Ballmer.

I have found that while many Apple faithful really like the company and care about Apple, a lot of PC users actually deeply distain Microsoft but stick with that platform for reasons imagined or real only in a past lifetime. The day when you simply couldn’t get by with just a Mac due to certain PC-specific software titles or features has pretty much been over for a while now. Ever since you could run (shudder, gag, wince) Windows on modern Macs, that argument has been slowly fading away.  Another myth that is also dying out is that Apple products are super expensive. While still a bit higher priced than PCs, the Apple “premium” has largely been eliminated.

My son Isaak hates it when I tease him that running Windows on his MacBook Pro is like keeping pigs in the back seat of a brand new BMW. He is much more “cross platform” than I am. Partitioning your hard drive and running two operating systems seems to lead to headaches he constantly deals with that I can do without.

I was discussing with the Sam’s Electronics guy the cracked keyboard issue that might cause a complete recall of all Surface tablet cover/keyboards sold so far.  It seems, according to Steve Ballmer, that users are “holding them the wrong way” and curling them under, in such a way that the plastic hinge that connects the tablet to the keyboard breaks and exposes wires. This issue really makes the Surface computer keypad unusable in salt water.

The public relations department at Microsoft released a statement on the cracked keyboard issue: “Microsoft makes every effort to ensure our customers receive a high quality product. We are in active contact with our Customer Support operations and are aware of a small number of instances of material separation,”

A “small number” of keyboard defects was not quantified by Microsoft’s pubic relations spin department. Since the Surface has only been on the market two weeks, one wonders how long until all such keyboards break. Ironically, another issue has been that the Microsoft logo printed on the Surface computer is rubbing off. Some enterprising person will no doubt be selling Apple logos to slap on over the smudged Microsoft logos. That ought to enhance Surface tablet resale values dramatically, but might be an illegal deception amounting to criminal fraud. There are stupid people out there.

Did you hear about the woman who bought a mirror with one of those Apple logo decals stuck to it as an iPad from a huckster selling implied “stolen goods” for cheap? Before she figured out she had been hoodwinked, the salesman and her $200 were long gone.  I had a guy try to sell me concrete blocks sealed up in cardboard boxes as high quality stereo speakers. He refused to open the boxes to allow me to see the speaker before I paid him since they were “factory sealed” … yeah, right. A deal that is too good to be true normally is.

Sounds like Microsoft is facing “recall city” just in time for Christmas.  Fortunately, with actual worldwide sales of the Surface Computer and Keyboard accessory to date, according to my best estimate, at less than a thousand, it shouldn’t hit Microsoft’s bottom line too hard. (I am not counting internal sales to Microsoft staff, samples to tech writers or Surface tablets that have been returned by angry consumers)  This explains the divergence of my estimate and Microsoft’s recently published sales numbers.

As we were discussing Microsoft latest gaffs a lady walked up and picked up a demo iPad 3. My electronics friend gave her his attention, and I stepped back to allow him to talk with her. She noted out loud the price for the Apple tablet and put it back like it cost money to even touch it.  After she was out of ear shot, we discussed the prices Apple had put on its current offerings.

Keep in mind that when Steve Jobs launched the iPad, the air in the room was sucked out as the $500 base price was hundreds of dollars lower than industry expected. Everyone inhaled at once. Since Amazon launched its cheapo loss leader tablets, Apple iPads only seem expensive to those who really don’t understand the difference. As I pointed out to my daughter’s teacher, if you buy an iPad the Kindle app is free. You buy a Kindle and that is all you have.

Comparing the Apple tablets with Amazon tablets strictly on what they cost consumers out of pocket is really deceptive for fundamental reasons. Apple makes its money on hardware sales and some money down line on apps and accessories.  Amazon just breaks even or loses a bit on each cheap tablet they sell.  The difference between Apple and Amazon is in the marking plan after the consumer plunks down their tablet money.

Amazon figures the closely linked loss leader tablets they sell will pay off in the long run through sales at Amazon.com. Apple actually has it both ways. The margins for an iPad run around 40%, and Apple still sells apps and accessories down line. The new iPad mini has a slightly lower net margin than previous iPads, but even at the lower price point, Apple makes money on each tablet they sell. I recently bought my iPhone 5 with my iPad through the Apple on-line store app.

It has been speculated that once the tablet market becomes saturated with iPads of both sizes Apple will cut prices to continue to keep pressure on the competition.  As I have noted previously, since Apple knows they will be stretched to keep up with demand at higher price points, why cut prices to the bone until supply catches up with the runaway demand? Apple makes money by being smart about its prices.  Cook isn’t going to leave money on the table.

Apple products tend to be the gold standard for electronics. Microsoft launched its Surface tablet at exactly the same entry point as Apple’s iPad. This tends to set expectations at an equal level and likely sets up consumers to be very disappointed and angry. When you realize the steak sandwich you bought from Microsoft tastes a lot like baloney, product returns and crappy product reviews are sure to hurt their market share. That is already happening.

Dire predictions that the glory days at Apple are over are really off base. As long as the tradition of quality and elegance continues at Apple, continued growth is assured. While some people shop based purely on price, the rest of us would rather buy the BMW than the crappy Ugo car. Quality costs something. Personally, I am willing to pay a few buck more and have a better experience over the lifetime of my electronic devices. (I have an iPad mini coming Monday).

I will be posting an article next week on the HTC/Apple patent cross licensing deal and the ramifications for Android. I am also watching to see if Cook offers Ron Johnson his old job back since the “new JCPenny” is about to fire him before he bankrupts them. 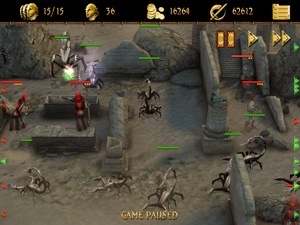