WebObjects Integrated in Next Generation OS; Java Highlighted Throughout
Conference

WebObjects to Build on Internet Publishing Strengths Apple believes that
the Mac OS platform offers the most powerful publishing solution for the
Internet. Forrester Research estimates 10 million people will be authoring
content for the Internet by 1999. Today it is estimated that Macintosh
users are responsible for more than 50 percent of the content on the
Internet with more than 60 percent of professional publishers using the
Macintosh to create their content (WebWeek Magazine,10/17/96).

As well as focusing on WebObjects and its strength in Internet publishing
other Internet themes were present throughout Apple’s Worldwide Developer’s
Conference.

Yellow Box Development Environment Integrates Java and WebObjects
Presentations throughout WWDC confirm the importance of Java to Apple’s
next generation operating system plans. At the conference Apple announced
the close integration of Java with the Yellow Box, the code name for
Apple’s next generation development platform for building robust,
content-rich desktop, Internet/intranet software applications. The Yellow
Box will be a key component in three future operating system releases from
Apple Computer: Rhapsody, Mac OS and Rhapsody for Intel. The Yellow Box
will also ship in a development and deployment platform for Windows, code
named Yellow Box for Windows. (See separate Release).

Along with support for 100% Java, Apple also announced that the programming
interfaces for the Yellow Box will be exposed as Java language calls. This
will enable developers to write applications for the new platform
completely in Java thus extending the functional capabilities of Java
applications. Apple believes the Yellow Box will allow developers to
create best of breed applications, delivered across multiple platforms,
shortening development cycles and bringing the benefits of Java to
mainstream applications.

It is Apple’s goal to make both Mac OS and Rhapsody preeminent development
and deployment platforms for Java technology.

Apple also confirmed at WWDC that The Yellow Box development environment
will include the WebObjects framework that provides an HTML interface to
its objects, enabling developers to easily create dynamic Web based
applications on Apple’s next generation operating system, Rhapsody. Using
Apple’s WebObjects software dynamic web sites can be developed with the
Yellow Box and be deployed on Rhapsody, Rhapsody for Intel, Windows NT,
Solaris and HP-UX Servers..

Mac OS 8 and the Internet In July Apple expects to ship Mac OS 8, a major
upgrade to Mac OS. The product includes significant developments in terms
of Internet access and Internet integration. Mac OS 8 includes AOL 3.0,
Netscape Navigator, Microsoft Internet Explorer and Cyberdog, to provide
the user with the broadest range of choices for using Internet services.
Mac OS 8 will also include Claris Emailer Lite, a new version of Open
Transport supporting PPP for faster, easier dial-up access and a new
Internet Assistant which streamlines the process of selecting and signing
up with Internet Service Provider (ISP). Also the integration of Personal
Web Sharing in Mac OS 8, permits every Macintosh or Mac OS compatible to be
an Internet web server.

Apple also expects Mac OS 8 to integrate the Mac OS Runtime for Java (MRJ)
1.0.2, giving users and developers dependable Java support as a system
service. At WWDC Apple will be demonstrating the MRJ 1.5, incorporating
the fastest Java Virtual Machine for the Power Macintosh as well MRJ 2.0,
the Mac OS implementation of JDK 1.1. Pre-release versions of MRJ 1.5 and
2.0 will be made available via the web at http://applejava.apple.com/. 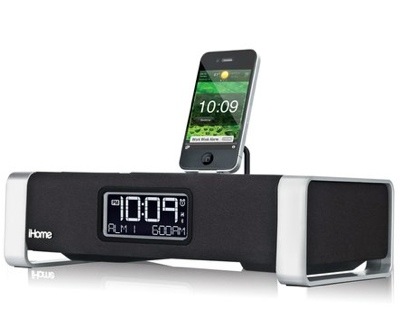