WWDC, SAN JOSE, Calif.-May 13, 1997-As announced at Macworld San Francisco
in January, Apple Computer, Inc. plans to implement a strategy in which the
Company will continue to deliver significant and regularly scheduled
upgrades to the current Mac OS while accelerating development of a new and
advanced operating system. The new operating system is code-named
‘Rhapsody’ and will be based on the merging of technologies from Apple and
NeXT Software, Inc. As well as providing pioneering next generation
technology, Rhapsody aims to provide strong backward compatibility for Mac
OS software offering current customers a smooth migration path to the new
OS.

Through this approach, the Company expects to provide customers and
developers with a platform for exceptional and cutting-edge applications,
while enhancing their current investment in the Mac OS. Apple also
believes that the advanced technical underpinnings and rapid development
environment of Rhapsody -the “Yellow Box”-will allow developers to create
new applications that leapfrog those of other high end operating systems.
Additionally, the Company anticipates that the scheduled enhancements to
the Mac OS will retain its industry leadership in ease of use and
multimedia, while further strengthening the software’s Internet
capabilities.

The first release of Rhapsody is expected to be launched to developers in
mid to late 1997 with customer releases of the operating system following
in 1998. Rhapsody is planned to incorporate features such as preemptive
multitasking and protected memory, based on a Mach kernel. It will also
include a new Yellow Box Application Programming Interface (API) based on
NeXT Software’s OPENSTEP environment. In parallel Mac OS continues to
evolve-with a significant upgrade, Mac OS 8, scheduled to be shipped in
July 1997.

Roadmap Shows Complementary Approach Apple’s OS strategy offers two
complementary product lines moving forward-Mac OS and Rhapsody. Customers
in each of Apple’s markets can migrate to Apple’s next generation OS,
Rhapsody, at their own speed. Apple anticipates many customers will remain
on Mac OS for a number of years and the company intends to continue to
upgrade this track of the OS in regular upgrades.

Mac OS Roadmap
Apple is currently shipping Mac OS 7.6.1. Mac OS 8, expected to be launched
in July 1997, will continue to improve the overall ease of use of the Mac
and offer leading Internet integration. Mac OS 8 is planned to include a
new PowerPC-native multi-threaded Finder. This will allow customers to
execute multiple tasks, such as launching applications and copying files,
at the same time. Mac OS 8 includes a new 3D appearance and other user
interface enhancements. In the Internet area, Mac OS 8 integrates Mac OS
Runtime for Java and personal web sharing, permitting every Macintosh or
Mac OS compatible to be an Internet web server.

Future slated revisions of Mac OS include Allegro, anticipated in mid 1998
and following that Sonata, scheduled in 1999.

Rhapsody Roadmap The roadmap for Apple’s next generation OS, Rhapsody, is
as follows:

Developer Release
Apple plans a developer release of Rhapsody in mid to late 1997 to provide
software developers with a robust platform for the creation of next
generation applications. This release is expected to include key next
generation operating system technologies such as preemptive multitasking,
protected memory and a modern Mach kernel. The integration of the Yellow
Box APIs and industry-leading component software development tools, will
allow software developers to quickly and easily create applications for
Rhapsody’s first customer release.

Premier Release
The first customer release is planned for delivery in early 1998. The
premier release is intended for early adopters of new technology in
multiple market segments. Plans include an evolution of the Mac OS
appearance, combining the best of Apple and NeXT technology to provide an
industry-leading user experience that will be familiar to today’s Macintosh
customers and exciting to new users. This release is intended to enable
new software applications to run in a fully preemptive and protected
environment and will have limited compatibility with Mac OS applications.

Unified Release
Intended as a general software release for Apple’s customer base, this
release of Rhapsody is expected to offer next generation capabilities
introduced in the Developer and Premier releases, as well as compatibility
with existing and future Mac OS applications. Rhapsody is expected to
support today’s software through a Mac OS compatibility environment which
will be a complete native implementation of the Mac OS. This is not a
software “emulation” layer, instead Mac OS will be ported to the advanced
Rhapsody base. The unified release of Rhapsody is scheduled for shipment
in mid 1998. 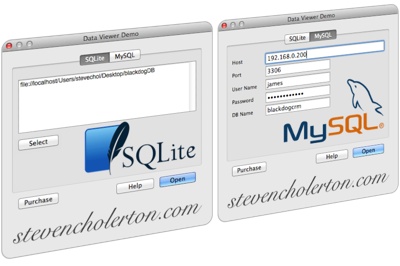