AppleInsider reports that Apple TV+ is running a promotion that allows non-subscribers to stream the first season of “Ted Lasso,” “Prehistoric Planet,” “Bad Sisters,” and more until January 3.

Anyone with an Apple ID can log into the Apple TV app or Apple’s TV web app and start watching. As noted by AppleInsider, Apple usually provides the first episode of a show for free. However, the new  promotion will allow the entire first season of select shows to be streamed without a subscription.

Apple will prompt users to sign up for a free trial or begin paying for the US$6.99 per month subscription, but that dialog box can be ignored for now. After clicking through, just navigate to one of the aforementioned shows and start streaming. 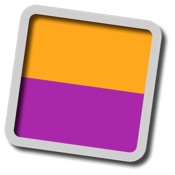 iTunes accounts for 28% of music purchased by US consumers