According to the latest Canalys estimates, China’s wearable band market continued its weak performance in quarter three (Q3) 2022, with overall shipments down 7.1% to 12 million units.

However, the research groups says the smartwatch segment bucked the trend and maintained growth in the third quarter, up 16.8% to 3.4 million units. And the Apple Watch Ultra is a hit.

Canalys says cities across China experienced intermittent lockdowns in the first half of the year, consumer confidence has declined, and consumers are more conscious of spending on non-essential goods such as wearable bands. That showed in the basic band market, which declined sequentially for the eighth quarter, with shipments falling to 3.5 million units.

Basic watches also suffered a 7.7% decline in the quarter, to reach 5.1 million units shipped. Basic watches still held the largest market share, accounting for over 40% of the overall market in China, while basic bands and smartwatches were almost evenly split at 29% and 28%, respectively. These sub-categories saw an alternating shift in shipment share.

However, Apple’s new Watch Ultra has been a hit with local consumers with its recognizable design, driving growth in the US$700+ (approximately CNY 6299) segment, according to Canalys. 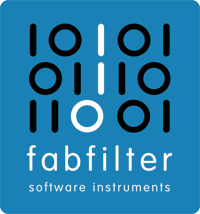