Apple sued because AirTag devices purportedly make it easy for a stalker to track, terrorize victims

Another day, another lawsuit. Apple is being sued by two women who say its AirTag devices make it easy for stalker to track and terrorize victims, reports Bloomberg.

The lawsuit claims that the safeguards in place, which include alerting iPhone users if an unknown AirTag is found to be following them, are “woefully inadequate, and do little, if anything, to promptly warn individuals if they are being tracked.”

There have been reports before about AirTags being used for unwanted tracking. In February, Apple posted an article about the matter.

Read the entire article for details, but here are two important paragraphs: “We’ve become aware that individuals can receive unwanted tracking alerts for benign reasons, such as when borrowing someone’s keys with an AirTag attached, or when traveling in a car with a family member’s AirPods left inside. We also have seen reports of bad actors attempting to misuse AirTag for malicious or criminal purposes.

Apple has been working closely with various safety groups and law enforcement agencies. Through our own evaluations and these discussions, we have identified even more ways we can update AirTag safety warnings and help guard against further unwanted tracking.”

The article further explains Apple’s goals for the AirTag and how the company is working with law enforcement.

News Items You Should Check out: Nov. 15 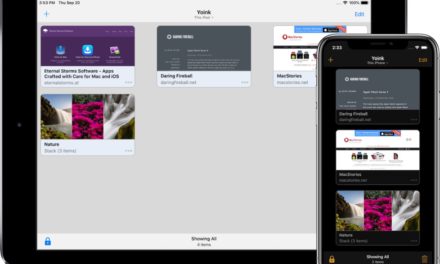