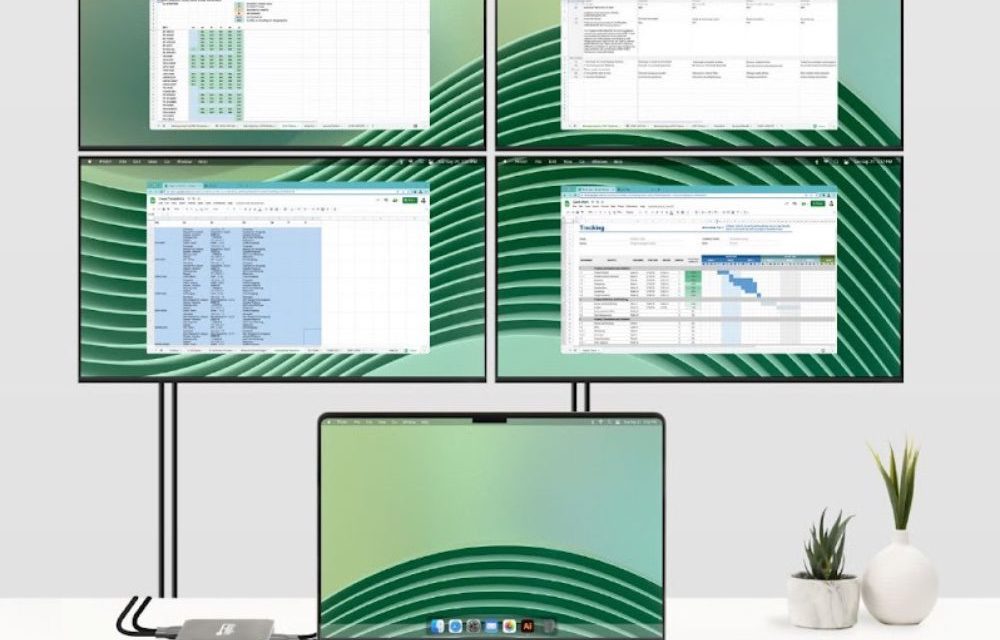 Plugable has launched a solution for extending laptop displays up to four screens, even on M1 and M2 Macs that would otherwise only support one external monitor.

The Quad HDMI Adapter is available now on Amazon for $119.00 with a $10 off coupon. It features a six inch flat and flexible cable, and an included USB-C to USB-A adapter. Both stow away in the bottom of the device for easy transport and storage.

Requiring only a single USB-C or USB-A port, the unit gets all of its power from the host. With a Silicon Motion Chipset and two HDMI ports on each side of the adapter, users can expect resolutions of up to 1920×1080@60Hz on all screens.

With the included USB-A adapter, the Quad HDMI Adapter adds four HDMI displays to almost any computer running Windows 10 and newer, and macOS 11+. That includes Macs with M1 or M2 chips that would otherwise only support one external monitor. The graphics adapter does require a driver download.

With Windows machines, the update is automatic though users can also install manually for better results. On a Mac, this is accomplished through the InstantView App.