Apple News Items You Should Check out: Sept. 7

° From MacRumors: Two popular trainers on Apple Fitness+ have unexpectedly announced their departure from the service, which will celebrate its second anniversary since launching this December.

° From AppleInsider: Investment bank JP Morgan has advised investors that the current economic situation means pricing is key, but more so for “discretionary purchases” like the Apple Watch, than for the iPhone 14.

° From 9to5Mac: A new European Union San Francisco office has been opened, aiming to better liaise with US tech giants on new antitrust laws.

° From The Mac Observer: The iPhone 14 and iPhone 14 Plus might come equipped with enhanced version of the A15 Bionic chip and a 5-core GPU.

° From The New York Times: The Biden Administration has released its plan for a $50 billion iInvestment in chips.

° From MacVoices Live!: This episode of MacVoices Briefing focuses on the framed technology display pieces from GRID Studios. Host Chuck Joiner reviews the sample iPhone X frame as an example of how the GRID shows off the components of a device in an attractive presentation for any Apple or technology enthusiast.

Analyst: 77% of iPhone 4 sales were upgrades 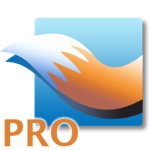