The Apple Watch has 36% of the global smartwatch market 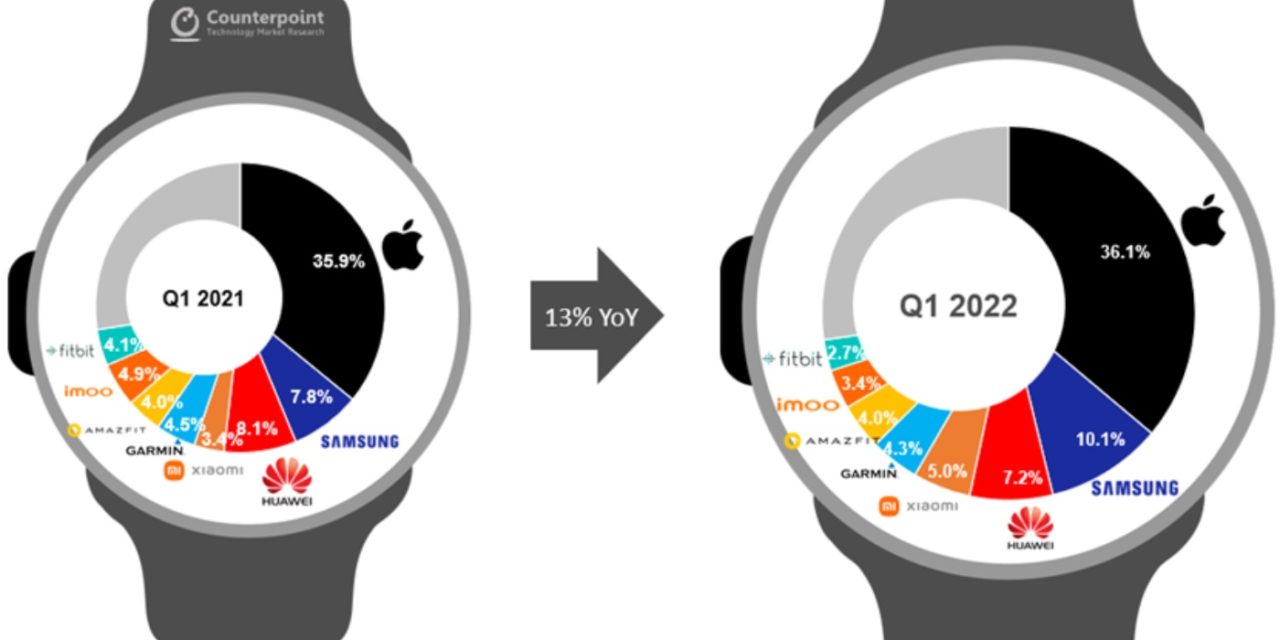 The global smartwatch market recorded 13% more shipments compared to the same period last year, despite concerns over economic slowdown and inflation, according to Counterpoint Research. And it’s good news for Apple.

The research group says the tech giant accounted for more than a third of the total smartwatch shipments last year, and it is further increasing its influence with a market share of 36% in the first quarter of this year.

“In particular, he high brand loyalty of iPhone users is one of the success factors of the Apple Watch,” says Counterpoint Associate Director Sujeong Lim. “This popularity appears to be higher among the younger generation, making Apple an irreplaceable market leader. Of course, everything was possible because the high performance of the product and the excellent connection among supported iOS devices. We believe that Apple’s market share is likely to rise further by the end of this year.” Will CinemaNow come to the Mac?