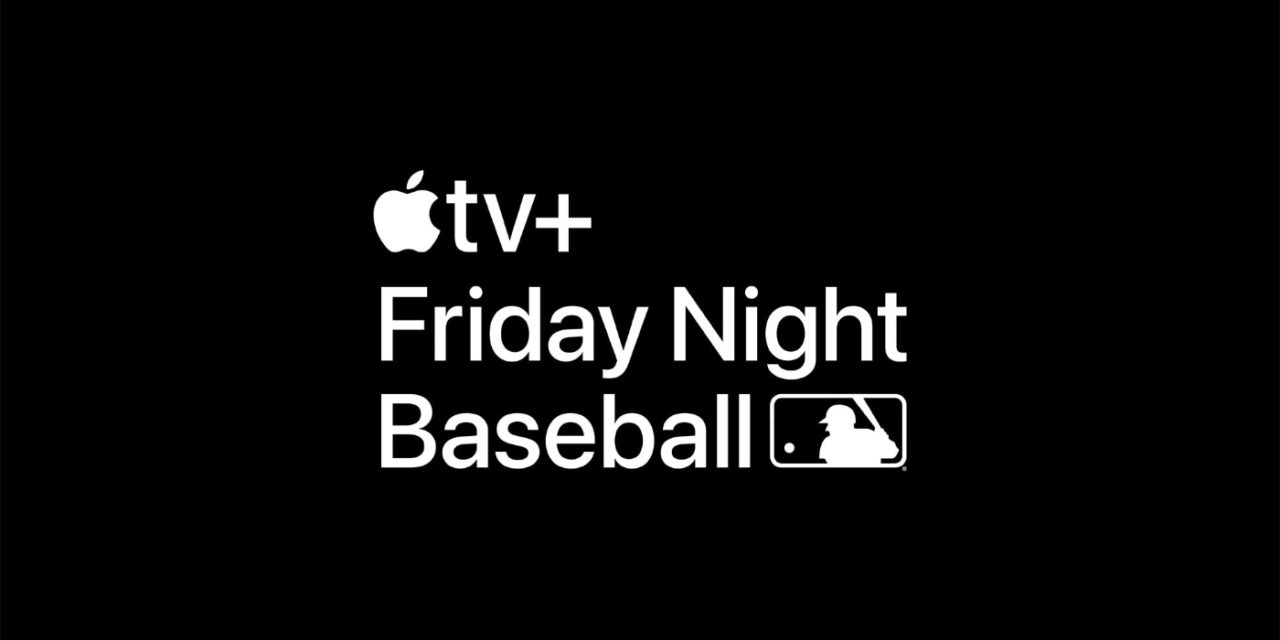 Apple and Major League Baseball (MLB) have announced the first half of the 2022 “Friday Night Baseball” schedule. These scheduled games are available to anyone with internet access, for free, only on Apple TV+.

“Friday Night Baseball,” a weekly doubleheader, will be available to fans in eight countries exclusively on Apple TV+ on Fridays throughout the regular season.

On April 15, MLB will commemorate Jackie Robinson Day, marking the 75th anniversary of the Hall of Famer’s historic Major League debut. On that night, “Friday Night Baseball” will be there to celebrate this special occasion by featuring coverage of reigning American League Jackie Robinson Rookie of the Year Randy Arozarena and the Tampa Bay Rays visiting All-Star shortstop Tim Anderson and the Chicago White Sox. Robinson’s MLB franchise, the Los Angeles Dodgers, will be featured as 2020 National League MVP Freddie Freeman and his new Dodger teammates host last season’s National League Jackie Robinson Rookie of the Year Jonathan India and the Cincinnati Reds at Dodger Stadium.

“Friday Night Baseball” games will be available to anyone with internet access across devices where Apple TV+ can be found, including on the Apple TV app on iPhone, iPad, Mac, Apple TV 4K and HD, and on tv.apple.com, along with smart TVs, gaming consoles, and cable set-top boxes. “Friday Night Baseball” will include live pre- and postgame shows, and will be available on Apple TV+ in the United States, Canada, Australia, Brazil, Japan, Mexico, Puerto Rico, South Korea, and the United Kingdom, and for a limited time, without the need for a subscription.

Presentation details including additional game schedules through the regular season, broadcast teams, production enhancements, and pre- and postgame coverage will be announced at a later date.