News items you should check out: Oct. 13

° From 9to5Mac: The 16-inch MacBook Pro is showing as unavailable for pickup at many Apple stores, with online orders showing delayed shipping too.

° From The MacObserver: A research team at Apple published a study in October examining supervised and self-supervised algorithms. The title is “Do Self-Supervised and Supervised Methods Learn Similar Visual Representations?”

° From Bloomberg: Apple Inc. is likely to slash its projected iPhone 13 production targets for 2021 by as many as 10 million units because of prolonged chip shortages, according to people with knowledge of the matter.

° From AppleInsider: Apple has killed ad tracker-blocking app 1Blocker in the China App Store saying that it is an unlicensed VPN — but it does not offer VPN services.

° From Macworld: Robotics student Ken Pillonel has posted a short video showing an iPhone with a USB-C port instead of Lightning.

° From MacVoices Live!: host Chuck Joiner’s discussion with Alexander Embiricos, co-founder and CEO, and Dan Wood, chief programmer, of Remotion, continues with some of the “nuts and bolts” features of their remote working program, including screen sharing, security of audio and video conversations, and more. (Part 2) 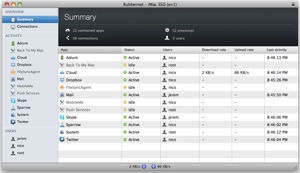