Musings from Dennis : why I gave up collecting comic books (and why that might change) 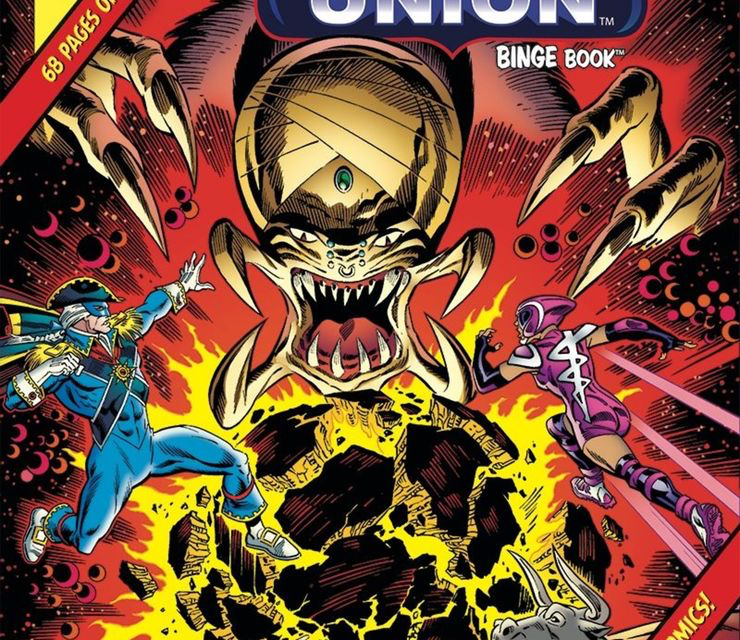 As the new editor/publisher of “Apple World Today,” this is my (mostly) weekly column in which I discuss anything that’s on my mind. Which may or may not include Apple or even technology. This week I’d like to tell you why I gave up collecting comic books (and why that might change).

I grew up reading comic books — mostly Marvel Comics. From the time I was a li’l fellow, I was fascinated by the bright pictures, colorful characters, and more. I bought ALL the Marvel comics, and I continued to read and collect them into adulthood.

However, at some point, I gave them up. It wasn’t because of the ever-increasing price per issue. It wasn’t because I considered myself too “adult” for them. (Bill Maher’s opinion to the contrary, I think comic books are an art form.) It’s that, for one thing, Marvel began to go overboard in milking its characters. And iIt’s only gotten worse.

In my younger days, there was one monthly “Spider-Man” title: the “Amazing Spider-Man.” Then there were two. The second was “Marvel Team-Up” in which the web-slinger teamed up with another Marvel hero. Okay, I could go with that.

However, the folks at Marvel got greedy and the Spidey titles multiplied like rabbits.

For the month of August 2021, there are at least eight Spider-Man titles (and two Spider-Men: Peter Parker and Miles Morale). This doesn’t even count the spin-off characters such as Spider-Woman, Silk, etc.

Plus, there are endless “Avengers” and “X-Men” titles. As Bart Simpson said when “The Cosby Show” went off the air while still dominating TV ratings, “I’d run that sucker into the ground.”

Death, where is thy sting? Not in comic books!

Then there’s the fact that there’s no longer any suspense when reading a comic book because death is only a temporary problem. Kinda like having a cold. Comic book characters get killed on a regular basis so Marvel (and, to a lesser degree, DC) can push comic book “events.” But every dead character is always resurrected.

Comic book deaths have become a running joke. Let’s go back to Spider-Man (the Peter Parker version), for instance. According to ScreenRant, he’s been killed off 15 (about the same as Wolverine).

Another dumb Apple move: they made Robert E. Howard’s classic Conan the barbarian an Avenger (albeit, a “Savage Avenger). Mr. Howard is probably rolling in his grave.

But there may be hope. The folks at Valiant Comics at least seem to respect the idea of death. And they don’t put their characters into a dozen monthly titles. However, their titles tend to have dark storylines. For those who like the idea of comics that are fun, I’m looking forward to the debut of a comic book line that will start with The Heroes Union.

But, though I enjoy the Marvel movies, Marvel Comics long ago lost my business.

TELL ME ABOUT YOURSELF

I’d like to get to know my readers better, so we can form a tight-knit AWT community. Post comments below or email me at dennis.sellers@appleworld.today

HELP A BUDDY OUT