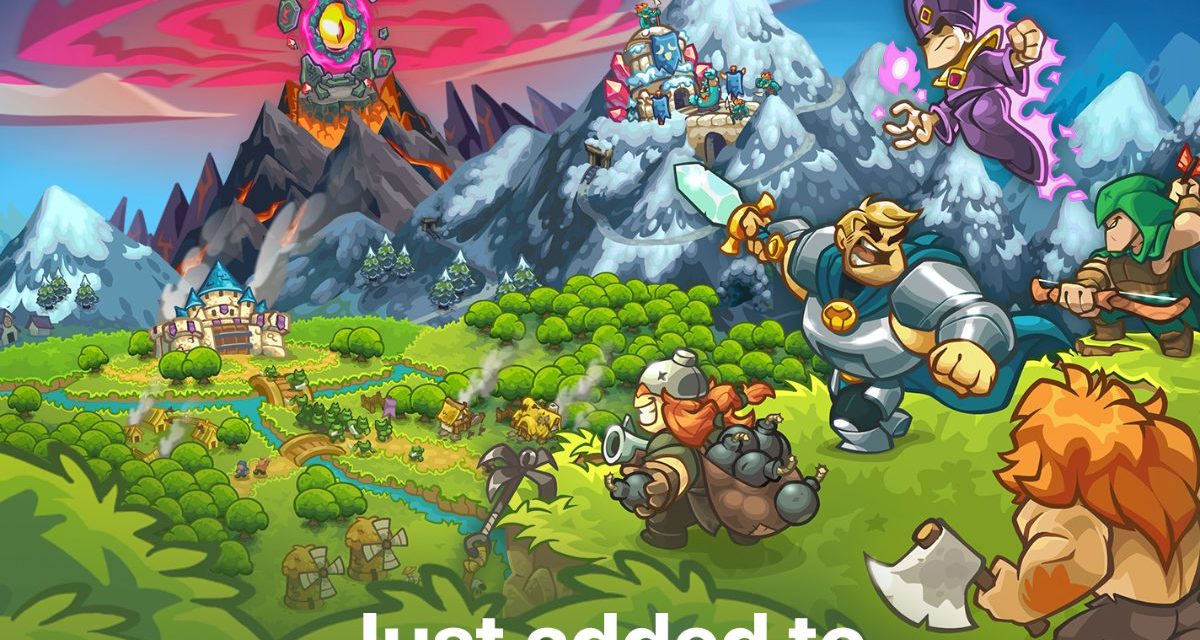 The latest game on Apple Arcade, Apple’s US$4.99/month or $49.99/year game streaming service that has over 130 games, is Legends of Kingdom Rush. It’s available for the iPhone, iPad, Apple TV, and Mac. (Apple Arcade is also available as part of the Apple One bundle.)

An extraplanar menace of unprecedented proportions is attacking the realm!

Lead a party of heroes to stop this foe in a highly engaging combat system that is easy to learn but hard to master.

5 Legendary Heroes, like the mighty paladin Gerald Lightseeker or the cunning shadow assassin Asra Daggerfall, will be awaiting your command.

11 Companion Heroes, with different skills and powers, like the resourceful forest ranger, the volatile dwarven bombardier, or the menacing dark knight will follow your Legends to victory!

Unlock all of these fantastic heroes as you push through more and more dangerous lands.

Strategically move your heroes on a hex-based grid to best fit their skills to your combat tactics. Switch and match your heroes and companions until you find your ideal team for each battle!

Legends of Kingdom Rush is a