News items you should check out: June 9

° Apple has released new 3E756 firmware for itsAirPods Max. Apple hasn’t offered any details — or even a definite way to update the firmware. However, connecting the ‌AirPods Max‌ to an iPhone or an iPad while connected to a power source may force the update.

° Apparently, we’ll get one more Intel-powered Mac. As spotted by Brendan Shanks on Twitter, the first beta of Xcode 13 includes a new reference to scalable Intel Ice Lake Xeon processor support. A Mac Pro update is the most likely candidate for the processor.

° Apple introduced a new Shazam-based API during WWDC called ShazamKit. Developers will be able to access Shazam’s music recognition software within their apps with this integration.

° Speaking to Entertainment Weekly, “Ted Lasso” star Ted Sudeikis says the acclaimed series might not end after season three, as has been reported. ”It’s called the iMoney truck,” he jokes, before admitting “I’m glad they are willing to pay for those three seasons. As far as what happens after that, who knows? I don’t.”

° Apple’s Eddie Cue tells Billboard that his belief is that “Spatial Audio will go everywhere because it’s that big of a deal.”

° The MacVoices panel of Frank Petrie, David Ginsburg, Mike Schmitz, Jeff Gamet, Jay Miller, Jim Rea, Mark Fuccio, Brittany Smith and host Chuck Joiner are back again on the latest episode. They discuss the privacy aspects of Amazon’s Sidewalk service, Amazon’s choice to require opt-out, and how it compares to what Apple is doing with AirTags. 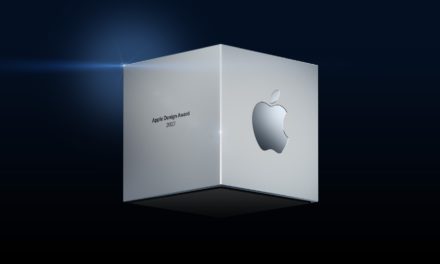 Apple announces the winners of the 2022 Apple Design Awards

News items you should check out: April 13