Apple is now fourth among personal computer vendors in India 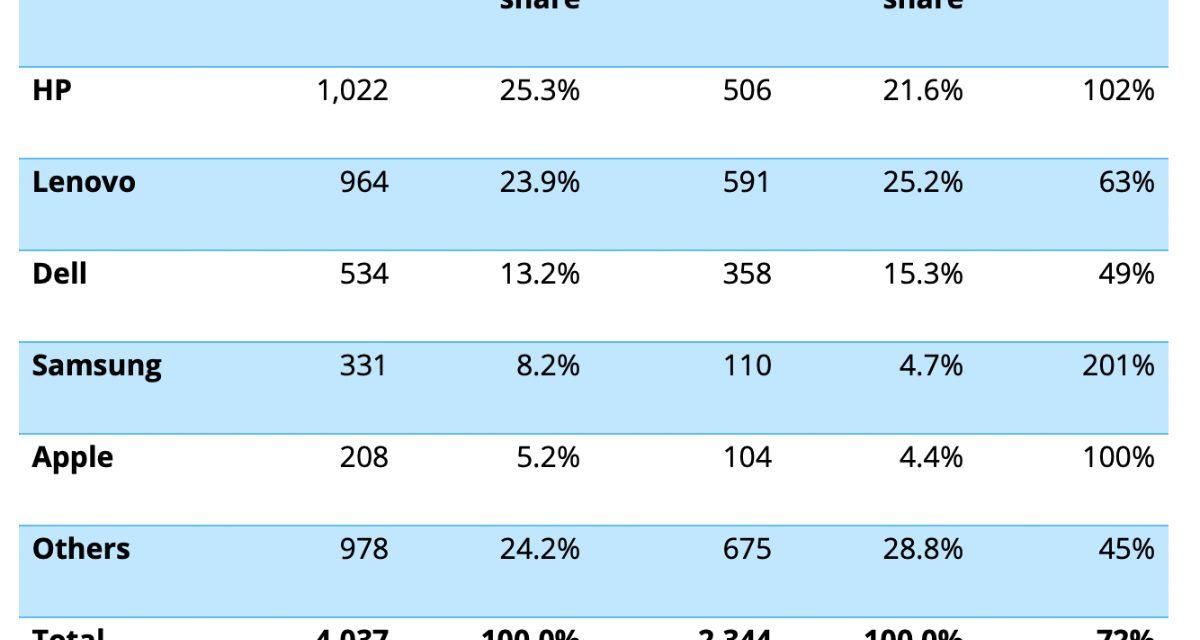 Personal computer shipments (including tablets) in India grew by 72% year-on-year in the first quarter of 2021 to reach 4.0 million units. Apple placed fourth among the top five vendors, knocking out Acer.

Canalys says Apple benefited from having a strong notebook and tablet portfolio, which was firmly consumer-focused. The research group says the tech giant has seen its shipments grow two-fold to 208 thousand units, with its notebooks and tablets recording their best-ever quarter in the country, largely aided by the availability of its official online store.

Canalys says that quarter one personal computer shipments in India comprised 517,000 desktops, 2.5 million notebooks, 930,000 tablets and 43,000 workstations. Almost all categories grew well, mainly due to a poor quarter one of 2020, when supply was hit due to pandemic restrictions in China. Canalys says that notebooks (including mobile workstations) were the major growth driver, as shipments grew 119% over Q1 2020. Tablets also had one of their biggest quarters since 2016, with 52% year-on-year growth. Desktop shipments fell 6% to 517,000 units due to a fall in popularity for the form factor.