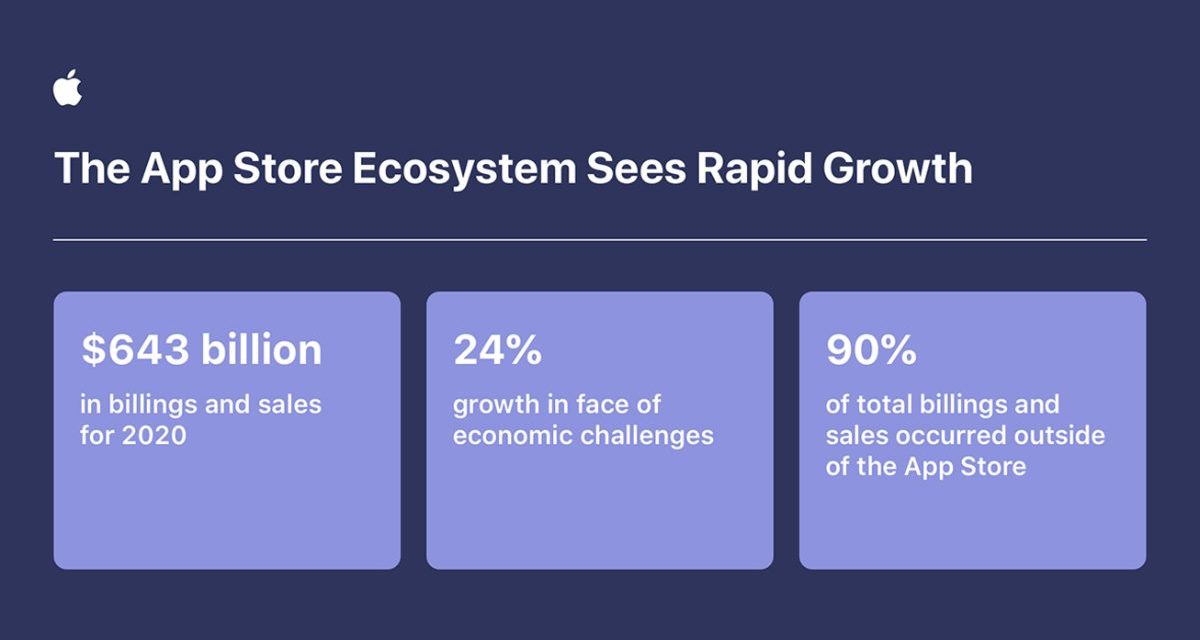 Apple says the App Store ecosystem facilitated US$643 billion in billings and sales during 2020, a 24% year-over-year increase. An independent study by economists from the Analysis Group found that developers selling goods and services across many categories grew their businesses while reaching customers around the world.

The new study, “A Global Perspective on the Apple App Store Ecosystem,” takes an in-depth look at how the App Store supported small businesses, which have quickly become a thriving and inclusive engine of opportunity for economies around the world. It reveals that the number of small developers worldwide has grown by 40% since 2015 — and they make up more than 90%of App Store developers. The study defines small developers as those with fewer than one million downloads and less than $1 million in earnings across all their apps in a given year.