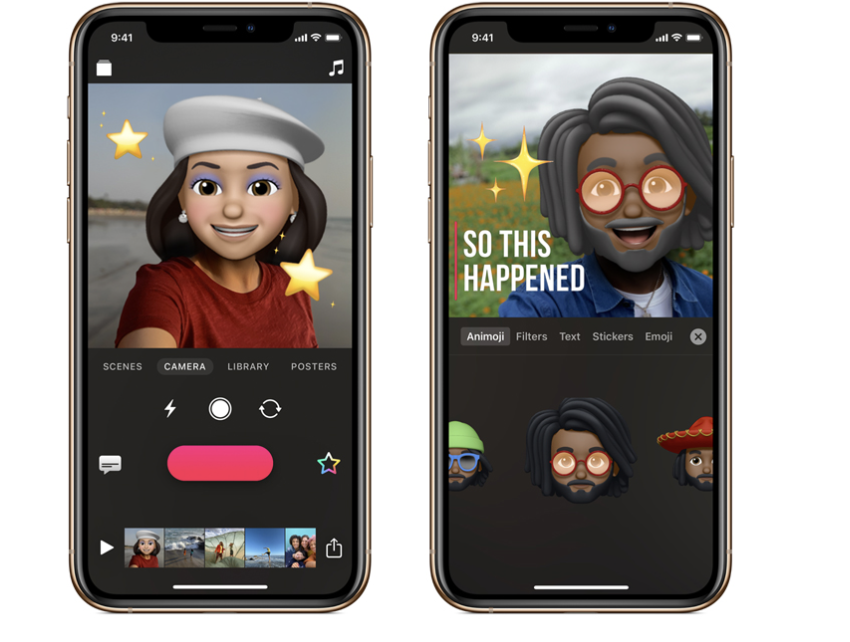 Apple has updated Clips, its free video creation app for the iPhone and iPad, to version 2.1. The app allows users to tap into the fun and creativity of Memoji and Animoji characters.

Users can now share personal video messages, slideshows, school projects and mini movies with new features. Animated stickers and emoji can now follow the movements of a user’s face for selfie videos using the front-facing camera on iPhone and iPad. The update also brings all-new stickers featuring Disney’s Mickey and Minnie Mouse and a new winter-themed poster just in time for the holidays.

With this update, Memoji created and customized in the Messages app on iOS and iPadOS will automatically appear in Clips. Users can also layer their Animoji and Memoji video clips with all their favorite existing features in Clips like artistic filters, animated text, music, stickers and more.

Animoji characters can even be changed in a video after it’s already recorded. With the wider field of view included with the new front-facing camera on the iPhone 11 and iPhone 11 Pro, users can fit more in the frame when recording selfie videos.

Animated stickers and emoji can now follow the movements of a user’s face when using the front-facing camera on the iPhone and iPad — so whether users are moving up and down, left and right, or towards and away from the camera, fun objects like sunglasses and speech bubbles stay connected to their face for an even more interactive video experience.

Clips 2.1 is available today as a free update on the App Store and is compatible with iPhone 6s and iPhone SE or later, iPad Air 2 or later and iPod touch (7th generation), running iOS 13 or later and iPadOS 13 or later. New Animoji and Memoji features, along with the Selfie Scenes feature, require iPhone or iPad Pro with TrueDepth camera.