DEVONthink 3.0 for the Mac gets a ramped user interface 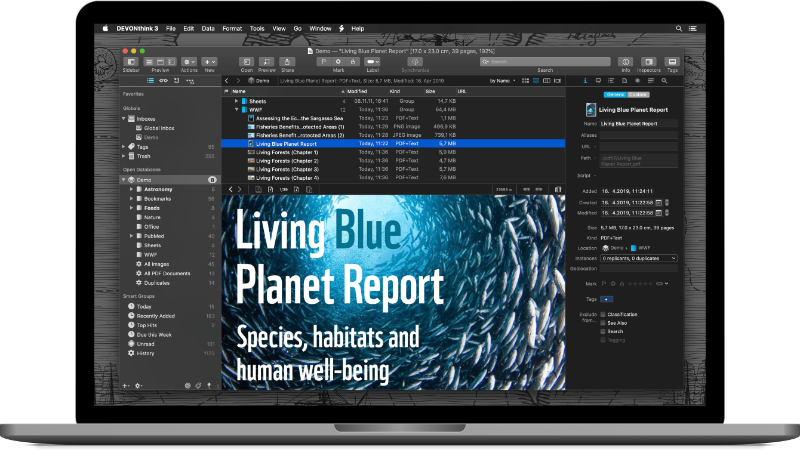 DEVONtechnologies has released DEVONthink 3.0, an update of its mobile document and information manager for the Mac.

DEVONthink supports a large variety of file formats and stores them in a database enhanced by artificial intelligence. Version 3.0 sports an overhauled user interface.

It now comes with support for Dark Mode, an extended search language, and a new menu extra for capturing notes and more. Version 3.0 also adds custom metadata and tables with typed data and form views. Office users can add imprints to PDFs and images, use the improved OCR engine, and share databases via the rewritten web interface. Smart rules and reminders make DEVONthink 3 easier to automate than ever before.

DEVONthink 3.0 requires macOS El Capitan or later. It can be downloaded at www.devontechnologies.com. After e trial period of 30 days or 150 hours of runtime, whichever is later, it requires a license key for one of the three available editions: DEVONthink 3: $99; DEVONthink Pro 3: $199; and DEVONthink Server 3, $499.

Every license includes the ability to install the software on two physical machines (seats). Additional seats and upgrades from the previous generation of DEVONthink are available for upgrade prices.

EMG Tech accuses Apple of patent infringement with the iPad