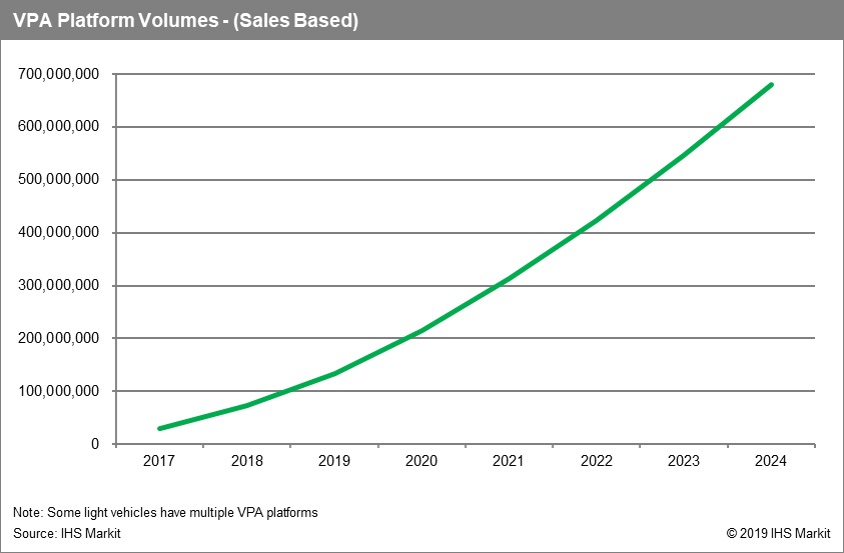 be the most prominent in the future, according to IHS Markit. More than 300 million light vehicles will include this type of VPA system by 2024, according to IHS Markit forecasts, and typically only have access to the in-vehicle voice recognition (VR) middleware, internal microphones and integration protocols in the vehicle. However, the solutions can also rely exclusively on microphones in the cell phone too.

The processing and functionality of the VPA is housed within a smartphone integration software framework, such as Apple CarPlay, Android Auto or SmartDeviceLink (SDL). These solutions interpret voice commands that are sent to vehicle voice recognition (VR) systems and can control apps within the middleware solution, such as SDL, but not control the in-vehicle radio/HVAC. In addition, non-display oriented traditional Alexa commands like “play music from Amazon Music” or “shopping” can also be used.

Some limited in-vehicle controls are available as well. For instance, all systems can control the internal Global Navigation Satellite System (GNSS) receivers if the head unit has embedded navigation. Apple CarPlay and Android Auto can also control in-vehicle systems such as HVAC/radio through their smartphone integration frameworks; however, automakers have not taken advantage of this and

IHS Markit expects that none of them will. SmartDeviceLink is likely to have deeper control over in-vehicle systems, such as an “eco coach” or usage-based insurance; however, it is unknown if Alexa would have control over such systems.

Device-to-Car only: These are solutions that can send commands that originate from a home device, such as Amazon Echo or Google Home, to the car. The functionality of these systems range, but typically use a smart home device to send directions or start your car remotely, but are unable to control anything within the car. There will be nearly 40 million light vehicles with these types of systems on the road by 2024, according to IHS Markit forecasts.

While Siri, Google Assistant and Alexa make inroads in the car, some OEMs are nervous of ceding control of voice to the IT industry, just the same as some are leery of Apple CarPlay and Android Auto.

“The challenge in bringing an OEM-sourced VPA to market is huge,” said Colin Bird-Martinez, senior analyst of automotive software and services at IHS Markit. “Automakers are still outsourcing much of their service architecture to third parties. It is not unusual for an OEM to own its connected car services but create an ecosystem of suppliers and partners for each function of the service itself.”

This would be the same challenge facing OEMs [original equipment manufacturers] if/when they were to deploy an OEM-sourced VPA. Managing this in-house requires learning, investment, competency, capacity and flexibility in the realm of cloud services.

However, this investment will be justified in building out an OEM-branded experience, something that Apple, Amazon, Baidu, Google and others cannot deliver.

“This brand experience would blend the best of speech recognition technology seamlessly into the vehicle,” Bird-Martinez said. 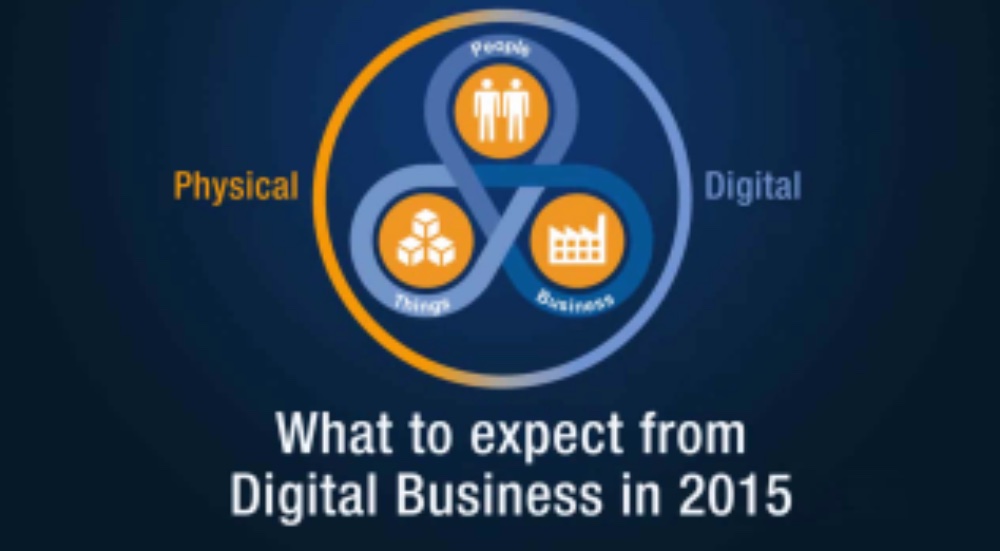 Gartner: digital business is forcing infrastructure services from the cloud beyond the edge