The Northern Spy: New and better?

Apple’s new introductions this month are the iPhone Xr and Xs, plus the Apple Watch Series 4. The latter is becoming more interesting with each new generation, and smart watches seem to have found their principal niche as fitness assistants.

The Spy notes, however, that some insurance companies are offering special rates for customers who give them ongoing access to their watch data. Like many things in modern technology this has its advantages–reduced premiums presumably for people who stay fit, and possibly a means to notify emergency intervenors automatically when a heart attack or other life threatening event is detected.

The disadvantage is that for a user who does not make ongoing efforts to stay fit, or does  suffer an incident, the insurance company can use the data to cancel coverage altogether. Such close monitoring, once adopted voluntarily for considerations, is likely to become compulsory for obtaining or maintaining any insurance. Hmmm.

Well, the Spy said back in the early 1980s that privacy as we have known it was in the process of disappearing. But he did not think the intrusions would become that intimate. Oh, and another thing. Do you plan to keep that event recording watch on when you go to bed? Well, the Spy will pass for now, as he has knows of no personal application for such a gadget at the moment.

What of the new Phones? The “R” stands simply for “retina” and the “S” for “Super Retina.” Otherwise the features are similar–a new chip, new face recognition, and a new camera system. The Xr has a 6.1 inch LED display. (What is that in real units?) The Xs has an OLED display supposedly with better colour accuracy and 458 pixels per inch resolution. It comes in either 5.8-inch or 6.5-inch screen sizes, the latter breaking a size barrier of sorts for Apple. (What did you say those are in real units?) All three models look very elegant on Apple’s site, but the Spy has a perfectly serviceable iPhone 6+ and sees no particular advantage in changing models as he’s not sure any of them is a sufficiently significant upgrade to make a switch worthwhile. Call him in a few years.

Another product for which the Spy sees no personal need is the common smart voice-activated speaker. Which burns more calories you fitness watch wearing fanatics? Calling out to an assistant embodied in a can-on-a-shelf, or pressing a button on a remote. The geek factor may be there, but… But perhaps the Spy wouldn’t get in the high four hundreds out of five hundred on a geek test any more. He has at least become a later adopter.

Speaking of which, The Spy has researched Mojave, Apples upcoming new macOS. From a hardware point of view, options will become more restricted for the first time in three iterations, because pre-201o0 models will not be compatible, and the 2010 and 2012 MacPros will not be compatible without a new graphics card. However, only the AMD 7950 flashed for a Mac is truly compatible, despite Apple recommending several other models.

Metal compatibility is the issue, and some other cards do have it, but without a Mac ROM, will not display the boot sequence correctly, and not only does it not appear there are any other such cards, even the 7950 (Mac Edition) does not appear to be sold any more. What no boot screens means is not crystal clear in practice, but keeping an older but serviceable machine operational is becoming difficult.

That would not be much of an issue if Apple had kept the promise of releasing a new Mac Pro this year, but that prospect now seems remote. Apple has not discussed the matter since giving journalists a peek at a supposed hardware development lab last year.

The Spy now believes that no new Mac Pro model is more likely than any new Mac Pro model. With all due respect to iCook, there are many of us doing heavy duty professional tasks that require a cutting-edge-fast heavy-duty machine loaded with memory and storage, and having numerous expansion and connectivity options for whom a portable or iMac is a mediocre to poor substitute. Throw us more than a bone, Cupertino boys and girls.

And also speaking of which, The Spy notes that the “biggies” like Amazon, Google, etc. are getting into educational resources. Perhaps it is pure self interest (he’s a university professor) but the Spy has always thought online schooling to be limited to training. Where is the critical exchange of ideas of a typical university classroom?

Mind you, the Hibernians in his novels have virtual classrooms dependient on 3-D cameras, holographic projectors, and masking software that allow a “class” to assemble face-to-face with a teacher, even anonymously as avatars, and from entirely separated physical locations. Expensive, but that’s the level of technology it would take to replace the physical classroom. The Hibernians only use it for very special students.

But to return to a previous topic, there are stopgaps while we wait that at least can alleviate the dongle issue exacerbated by the most recent models with any colour of connector as long as it’s Thunderbird (old hat) or USB 3.1. OWC (a.k.a. MacSales) sells docks in both styles that allow one to use a single connector cable to the machine and split this for USB, video, firewire, and ethernet. Check their garage sales as they often have open box product.

The Spy has three–one for his teaching office in the Ivory Basement, one for his temporary deanery in the middle kingdom, and one for his home office. Once in a while they need rebooting, as do the switches he has for those desktops boasting more than one computer, but this is a small price to pay for one-cable connectivity. Such docks should, however, have a second HDMI connector. The Spy prefers at least a three-monitor setup.

Life’s little mysteries abound, especially in technology. Why is it that some things work, until they don’t always, or fail entirely with no discernible reason. The statistics packages on the Spy’s hosting box at webnamehost.com have recently (as of 0507 September 23) ceased functioning on most of the 100+ domains he hosts. He’s carefully followed all the diagnostic protocols suggested on the cPanel site to no avail. A few more domains stopped getting stats analyzed on September 30, and a few still have it functional. Hmmm. Why? The Spy put in a ticket to cPanel to investigate and will report on how they do next month–if he can get out from under the alligators at work.

Opinions expressed here are entirely the author’s own, and no endorsement is implied by any community or organization to which he may be attached. Rick Sutcliffe, (a. k. a. The Northern Spy) is professor of Computing Science and Mathematics, Dean of Science and Chair of the University Senate at Canada’s Trinity Western University. He has been involved as a member of or consultant with the boards of several organizations, and participated in developing industry standards at the national and international level.

Greg’s Bite Is “.Secure” the solution for hacking? 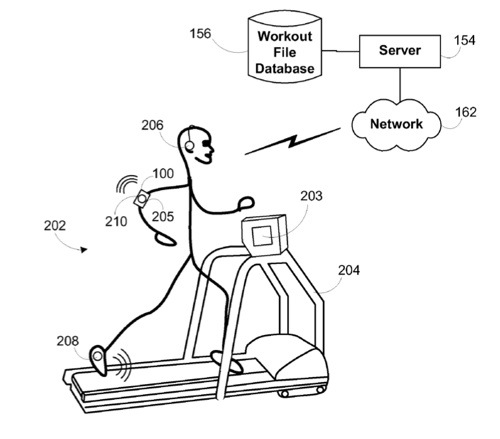