One-third of Americans would forego coffee for faster payments

The second quarter of 2017 (Q2 2017) was a buoyant quarter for business smartphones and tablets, as the market showed signs of a rebound, according to Strategy Analytics (www.strategyanalytics.com). Business smartphone shipments grew +14.8% year-over-year (YoY), to reach 107.1 million units in Q2 2017, up 6.1% sequentially from Q1 2017.

Business tablets reached 17.3 million units in the second quarter, a 7.5% increase from Q1 2017 and a 0.7% increase on Q2 2016. Overall, while Q2 2017 showed signs of an uptick on a slower first quarter, suggesting signs of slight improvement for the remainder of the year, the outlook still remains volatile, with longer replacement cycles and GDPR likely to impact the market over the short to medium term, according to Strategy Analytics. The research group says that, through the first half of the year, the pace of business mobile devices shipments appear to be on trend with what we’re accustomed to seeing with the current expansion – shipments registering disappointing first quarter growth performance to be followed with a stronger pace of growth in the second quarter. 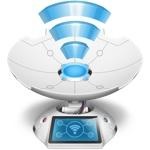 A Druid’s Duel for OS X launches on Steam