The cloud email market is still in the early stages of adoption with 13% of identified publicly listed companies globally using one of the two main cloud email vendors, according to Gartner, Inc. (www.gartner.com).

A recent study by the research group found that 8.5 percent of public companies in the sample use cloud email from Microsoft’s Office 365 service, while 4.7% use Google Apps for Work. The remaining 87% of companies surveyed have on-premises, hybrid, hosted or private cloud email managed by smaller vendors.

These are the findings of a Gartner research study based on an automated examination of a large number of publicly available email routing records. The research group used the email server addresses in the domain records of nearly 40,000 public companies globally, to find out which ones point to cloud email services from Google or Microsoft.

“Although it is still early days for cloud email adoption, both Microsoft and Google have achieved significant traction among enterprises of different sizes, industries and geographies,” said Nikos Drakos, research vice president at Gartner. “Companies considering cloud email should question assumptions that public cloud email is not appropriate in their region, size or industry. Our findings suggest that many varied organizations are already using cloud email, and the number is growing rapidly.”

Among organizations using cloud email from Google and Microsoft, Microsoft is ahead in most industries, particularly in regulated industries including utilities, energy and aerospace. Google is ahead in industry segments with more competition and less regulation, such as software publishing, retail, advertising, media, education, consumer products, food and beverage, and travel.

In some industries — such as travel and hospitality, professional services and consumer products — the highest usage levels are among the companies with the biggest revenue. More than a third of companies in these industries with revenue above $10 billion use cloud email from one of these two vendors.

Eovia announces the availability of Hexagon 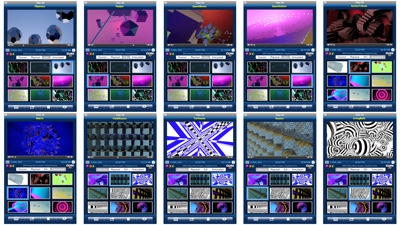