Researchers at NYU Langone Medical Center will begin testing whether a new free mobile app for iPhone and Apple Watch can help those with concussions better track their symptoms during the critical six weeks following their diagnosis.

While the app isn’t intended to diagnose or treat disease, the larger goal of such surveillance is to catch cases where the initial injury caused a persistent problem that must be addressed, according to Laura Balcer, MD, co-director of NYU Lagone’s Concussion Center. With availability throughout the U.S., researchers hope the app will provide a more in-depth, daily picture of concussion nationwide, she adds.

The study uses the ResearchKit software framework — which is open source — designed by Apple to make it easier for researchers to gather data more frequently and more accurately from participants using iPhone, as well as for individuals to take part in studies by using their mobile devices. ResearchKit enables participants to easily complete tasks or submit surveys right from the app and delivers a simple way to present participants with an interactive informed consent process.

The NYU Langone Concussion Tracker app will be used to track patient-reported symptoms during the six-week recovery period. Initial treatment usually includes rest, but experts want better, research-based measures of how much rest or activity is needed, or why some patients recover faster. 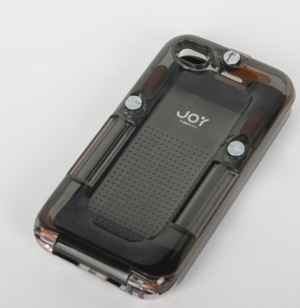