According to new data from Parks Associates (www.parksassociates.com), there’s increased adoption of of digital health/wellness devices among U.S. broadband households — an increase from 26 percent in 2014 to 3 percent now. The research group reports that most of these devices are fitness-related, with connected fitness trackers reaching 10 percent penetration in 2015, while smart watches reached 4 percent.

“Digital fitness tracker is the fastest growing category in the connected health device market, with Fitbit the clear leader with more than 50% market share, and its early 2015 acquisition of FitStar will help the company expand its wellness services,” said Harry Wang, director, Mobile and Health Products Research, Parks Associates. “Attrition of fitness tracker usage, a closely watched metric, is not as bad as the industry once perceived, at least not among existing users.”

The Parks Associates study finds that only 12 percent of digital fitness tracker owners have cut back usage from at least 1-3 times per week to less than once a week.  Overall, three-fourths of digital fitness tracker owners use the device at least 1-3 times per week, and Fitbit has the most active users — 68 percent of Fitbit owners use the device daily, the highest among all brands.” 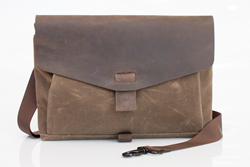