Apple is working to patent a method of making windows within the operating system translucent, a feature that Microsoft plans to add to the next version of Windows (Longhorn), reports CNET News.com. Translucent windows have been a feature of Mac OS X since its inception in 2001 and are part of the new Office 2004 for Mac OS X from Microsoft’s Macintosh Business Unit (MacBU). Apple’s patent application, however, appears to focus on a particular way of doing translucency, “specifically windows that become more see-through after they are unused for a period of time.” 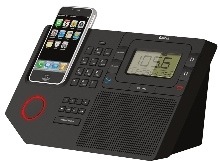