Worldwide personal and entry-level storage (PELS) shipments declined -13.4 percent year over year to 16.7 million units in the third quarter of 2015 (3Q15), but were up 10.3 percent compared to the previous quarter, according to the International Data Corporation. Shipment values declined along with unit shipments, down -19.8 percent from a year ago to $1.3 billion, notes the research group.

“The personal and entry-level storage market was stagnant in 2014 and started to show signs of decline in 2015,” says Jingwen Li, senior research analyst, Storage Systems, IDC (www.idc.com). “The adoption of cloud storage has been gaining traction in the consumer space with its easy data access and mobile device integration. One of the negative impacts of cloud storage deployment leads to shrinking demand within the PELS market.”

Personal storage remained the dominant component of the PELS market and accounted for over 98% of market shipments. This quarter marked the fourth consecutive quarter of declining shipments for personal storage, which were down -13.5 percent year over year. Entry-level storage, which represents the PELS market segment with higher margins, started to show shipment declines as well, with shipments down -4.5 percent during the quarter.

HDD vendors continued to dominate the personal storage segment (representing 80.5 percent of unit share) and gained shipment share in the entry-level segment (capturing 23.4 percent unit share). Due to the strong competition from HDD vendors, some mainstream non-HDD vendors (e.g. Lenovo) chose to withdraw from the PELS market and move up to the enterprise space for higher margins. 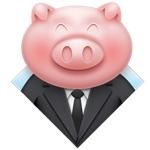