The U.S. Court of Appeals for the Federal Circuit has ruled that Apple is entitled to blocking competitors from using its intellectual property, reports Bloomberg (http://tinyurl.com/pt6kca3).

The court said Apple was entitled to a narrow order that prevents Samsung from using Apple’s slide-to-unlock, autocorrect and quicklinks features. To rule otherwise would eliminate patent rights of inventors of certain features in multicomponent devices, the U.S. Court of Appeals for the Federal Circuit in Washington said in an opinion posted on its electronic docket. 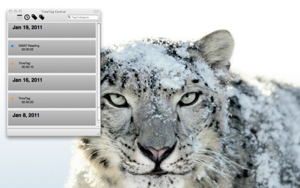 TimeTag for macOS revved to version 5.0