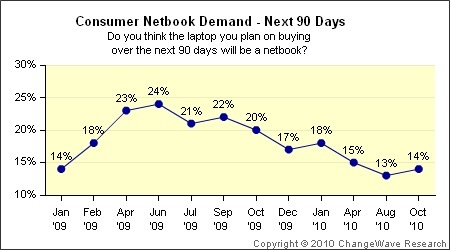 The debate continues over the impact tablets are having on both the consumer computer market and netbook demand. But what is particularly unclear is which companies are going to emerge as the biggest winners and losers?

To find out the ChangeWave research group (http://www.changewave.com) surveyed 3,108 consumers during October on the latest planned buying trends for computers, netbooks and tablets — including the impact of the iPad. The percentage of respondents saying they plan on buying a desktop over the next 90 days (6%) has ticked up one point since ChangeWave’s previous survey in August, while planned purchases of laptops (8%) remain unchanged.

But one area that’s come down drastically from a year ago is consumer interest in netbooks. Just 14% of those who plan on buying a laptop in the next 90 days say it will be a netbook. That’s 10 points below ChangeWave’s peak reading for netbooks back in June 2009.

The research group says the decline of netbooks is attributable to a combination of factors including the end of the recession and the mounting penetration of tablet computers — notably the iPad. Moreover, in a close-up look at Tablet demand trends for the holidays the ChangeWave survey finds continuing momentum for the iPad. 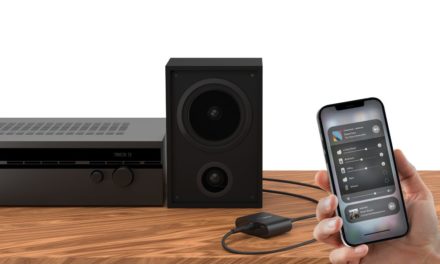 Fonts Manager for the Mac revved to version 3