The latest iOS apps for Aug. 21 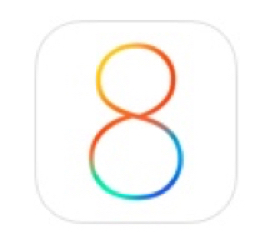 PlayScreen has announced Whos The Candidate 1.0, a free photo trivia game for the iPhone and iPad. Who’s The Candidate challenges players to recognize the announced and potential candidates in the 2016 presidential race.

PlayScreen has also released Whats The State 1.0, a free photo trivia game developed for iPhone and iPad devices. What’s The State challenges players to recognize all 50 states, on a map or individually. There are 100 questions in total to improve anyone’s geographic knowledge of the USA.

WeatherBrush LLC has introduced WeatherBrush. It’s a free app that takes the guesswork out of daily styling by providing users with real-time weather data for their location, including current conditions, and both hourly and 7-day forecasts. The app offers a Diary feature that helps users learn how they should style their hair based on prevailing or predicted weather conditions.

Daedalic Entertainment and Fictiorama Studios have teamed up for Dead Synchronicity for iPad. In the dystopian post-apocalyptic adventure, which costs US$4.99, players join Michael, a man without a memory and without a past, who struggles through a world he no longer knows. A series of natural disasters ravaged the planet and a mysterious plague claims the lives of the remaining survivors. Humans turn into the “dissolved”, their bodies slowly liquifying into bloody goo. Before they meet their cruel end, though, the dissolved gain special mental abilites. If Michael doesn’t hurry, he won’t be able to stop the impending moment of Dead Synchronicity; the moment when time will dissolve itself.

Declara says its Declara knowledge platform is now available as a free iPhone app. It indexes and analyzes content of any type, from anywhere, in one unified platform. Users can curate, annotate, provide context, share with their colleagues and teams, and collaborate inside of documents and videos.

Geekin Radio has launched a free, self-titled app. Users have the ability to create and broadcast their own playlists so other users can listen with them.

Futureworks has unveiled Ace Maverick. It’s a $4.99 helicopter action adventure developed for iOS devices. You must protect your supply ships, take out hostiles and save the day.