The Stuxnet worm news continues to resonate around the world regarding the malware that hides in Microsoft Windows operating systems and is still infecting industrial control systems. As civilians, this seems a bit out of our area of concern, until we really understand the implications and solutions.

Most of us can agree that the nuclear reactor and uranium enrichment facilities in Iran that is being targeted represents a serious threat to the free world. However, the “blowback” from this attack may be unexpected catastrophic manmade industrial disasters down the line. Most experts think the target of Stuxnet has already been hit, and we are now seeing the collateral damage. We do know there was some sort of “accident” that hit the uranium enrichment facility that the Iranians are not talking about.

We live in a world infrastructure operated by countless computer systems. These control systems operate the valves and switches that regulate the natural gas that heats our homes, the water we expect to flow from our taps, and the electricity that makes so much of our lives tick. The gas we burn in our car comes from refineries that are controlled by complex valves and regulators that are controlled by software that is now subject to infection by Stuxnet and, soon, the copycat worms that are sure to follow.

What makes the problem so “contagious” is that rather than infecting the isolated mini computers that control the world’s valves and switches directly, the worm, with all the malware tricks and triggers is contained in about a half a meg of very complicated software. The worm infects the Windows OS and can then spread through use of an infected USB thumb drive or through the Internet. The worm checks every five seconds to see if it can find a certain Siemens control program that Iran modified to use in its plutonium refinement operations and in its nuclear reactor. If it does not find the Iranian version of the Siemens software, it doesn’t seem to do anything but keeps checking for the target software every five seconds and stays dormant.

Jesus told the parable of a foolish man who built his house upon the sand. A storm came and, because of the lack of a firm foundation, the house fell down. Folks, Windows is the sandy foundation our infrastructure is built on. While Apple went back to the drawing board and completely started over when the Mac went to OS X, Microsoft continues to build upon the ancient DOS program base from the early beginning of the PC revolution.

Thousands of “holes” in that vulnerable OS can be used to infect Windows OS computers with malware such as Stuxnet. Unfortunately, with 90% of the world’s computers running on an OS with so many weaknesses, malware spreads far and wide.

The solutions are varied and not an easy fix.

1. First of all, the world has to understand that running 90% of the world’s computers on one common operating system is nuts. Diversity of operating systems alone would offer some protection, because a virus will only work on one specific bit of software or program. While some programs or applications are cross platform, the underlying OS and chip set may protect some computers from specific threats that the targeted systems are wide open targets for.

2. While it may seem far fetched, there ought to be a way to filter out malware as it flows through choke points on the Internet. While isolated systems were apparently infected by using USB thumb drives, Wi-Fi and internet connections are the way most malware is being passed on.

3. The Siemens control programs that are the target of the current attack need to be made more secure to prevent infections like Stuxnet. Alternative programs need to be written and installed that work differently enough to prevent them being hijacked. Some sort of back-up system needs to be a standard in industrial controls.

4. Microsoft needs to get its act together. The Stuxnet worm used at least four newly found holes in Windows that it used to infect PCs. People shouldn’t excuse crappy operating systems that are so full of holes that this sort of problem is common. Steve Balmer should be deported to Indonesia and publicly caned.

5. Certificate verification failed to prevent infection through counterfeit certificates. The notion of certificates needs to be reexamined. 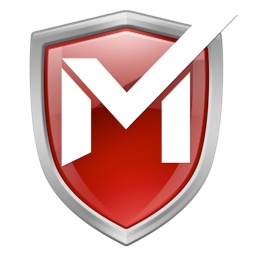