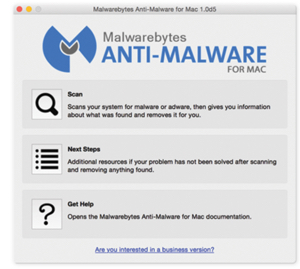 Malwarebytes has released Malwarebytes Anti-Malware for Mac (http://tinyurl.com/p3e3r7z), its first product dedicated to the Mac. The product is designed to detect and remove malware, adware, and PUPs (potentially unwanted programs), capabilities that have been repeatedly requested by customers.

Additionally, Malwarebytes has announced the acquisition of AdwareMedic by The Safe Mac. AdwareMedic creator and owner, Thomas Reed, will join the company as Director of Mac Offerings, leading a growing team of Mac developers and researchers at Malwarebytes.

Chad Bacher, vice president of Products for Malwarebytes, says that, in the last two years, there has been a proliferation of new adware—including Genieo, Conduit, and VSearch—that inject ads and pop-up hyperlinks in web pages, change the user’s homepage and search engine, and insert unwanted toolbars into the browser.

For the last several years, Reed has been working on adware remediation projects, which culminated in the creation of AdwareMedic. AdwareMedic has become a popular adware removal tool and has been downloaded 2.8 million times so far in 2015 alone. In June, there were approximately 450,000 new downloads and 200,000 updates.

“It used to be that Mac users were relatively safe from adware and malware. That’s plainly not the case anymore. The bad guys are writing Trojans and ad pop-ups for the Mac,” says Marcin Kleczynski, CEO of Malwarebytes. “So in keeping with our vision that everyone has the right to a malware-free existence, we’re offering a free Mac anti-malware product. Malwarebytes Anti-Malware for Mac has been built from the ground up for the Mac environment—it’s not just a simple port of our PC product. It’s a natural but unique addition to the Malwarebytes family.”

Malwarebytes Anti-Malware for Mac 1.0 is now available as a free consumer download on July 15. It works with Mac OS X 10.7 and higher. Small business and enterprise versions will be unveiled this fall.