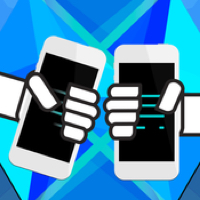 iVinnyApps has announced Qikshare 7.0 (http://www.qikshare.io/index.html), an update to its file sharing app for iOS devices. It offers cross platform file sharing to users of iOS and Android devices, as well as Mac and Windows users.

Qikshare 7.0 is Free, and is available worldwide through the App Store in the Productivity category. The app is also available for Android devices through the Google Play Store. A $9.99 in-app purchase is available to remove ads from the app.