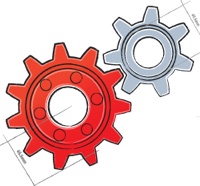 The Oxygene for Cocoa compiler gives developers direct access to all the great APIs [application programming interfaces] and frameworks that Apple and third party developers are providing for Mac and iOS development.

With the introduction of Oxygene for Cocoa as part of the sixth major release today, Oxygene provides a single language that lets developers natively target all major operating systems in use today — from Windows and Mac desktop applications, over apps for all major phone platforms (iOS, Android, and even Windows Phone) to cross-platform back-end server applications for Windows, Linux and Mac OS X servers.

Oxygene integrates into and includes Visual Studio 2012, giving developers a single development environment to work in for all target platforms. From Visual Studio, it integrates all the necessary tool chains to create applications, allowing the developer to focus on the code.

Oxygene 6.0 is available for US$699 (new user license, includes one year of free updates) for all target platforms from the RemObjects Software website.