An U.S. District Court judge has upheld an US$368.2 million prior judgment against Apple in a suit with VirnetX, finding that Apple infringed networking patents with its FaceTime video chat feature, reports “AppleInsider” (www.appleinsider.com).

Last November VirnetX was awarded the judgement in its patent lawsuit against Apple. In November 2011 VirnetX (www.virnetx.com) filed a lawsuit against Apple in the US District Court in the Eastern District of Texas, alleging that Apple violated its US patent (number 7188180) for “method for establishing secure communication link between computers for virtual private network.” The invention describes a technique “for establishing a secure communication link between a first computer and a second computer over a computer network.”

This is accomplished by establishing a “secure communication mode of communication” at a first computer without the need for the user to enter any cryptographic information.” VirnetX’s claims the iPhone 4S, iPhone 4, iPad 2, iPod touch, and Macs that run Mac OS X 10.7 (“Lion”) infringe up the patent, which was published in 2007. 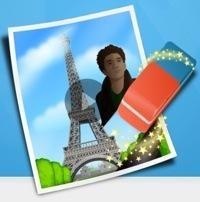 Jaguar could ship in early August