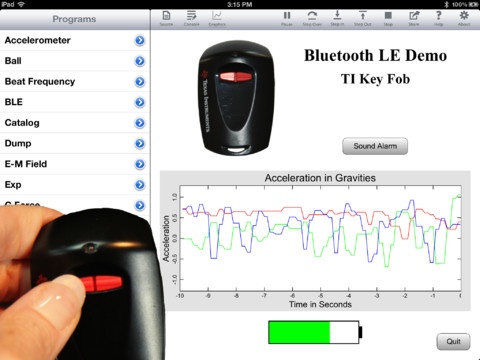 ByteWorks has announced techBASIC 2.6 for iOS, an update to their software development environment for programming, data collection, displaying interactive graphics, and analyzing data.

The new version supports the TCP/IP, HTTP and FTP protocols. iOS App Developers now have the ability to write a program to connect networks using WiFi from their iPhone, iPad or iPod touch.

techBASIC apps can be compiled and submitted to the Apple App Store using techBASIC App Builder from Xcode on a Mac. Version 2.6 is US$14.99.