According to a new poll conducted by ORC (http://www.opinionresearch.com), an Infogroup Company, the vast majority of US consumers (71%) are familiar with Apple’s iPad. Six percent plan on buying one within a year, equating to a sale of about seven million units, and 1% said they will purchase one as soon as it becomes available, which would translate to a sale of approximately one million units.

The findings in ORC’s survey correspond closely with market analyst predictions that five million iPads will be sold in 2010. Based on the results of ORC’s research, it is clear that a significant number of tech-hungry consumers are interested in an iPad in the short-term, but what does this mean for the long-term success of the product?

“Adoption of new technologies is often a slow and gradual process,” says Kevin Wood, vice president and senior analyst with ORC’s technology practice. “It wasn’t that long ago when the Blackberry smartphone was only used by executives and road warriors. Adoption of the iPad will likely increase when consumers begin to grasp the extent to which the new technology will integrate with and enhance the way they work and play.”

The study also examined the types of technology an eventual iPad purchase would replace. Four in ten respondents (39%) said they would not replace anything, indicating an augmentation of their existing technology with the iPad; however, 35% cited that an iPad could eventually replace a laptop or desktop computer running Windows.

“Just as the iPhone aided Apple in winning new Macintosh users, the initial data surrounding the release of the iPad suggests that the introduction of a fresh technology will once again create a new equilibrium in Apple vs. Windows users,” Wood says. “When it comes to capturing the hearts and minds of prospective customers, the creation of innovative and exciting personal computing options may prove more successful in the long run than improvements to features and functionality.” 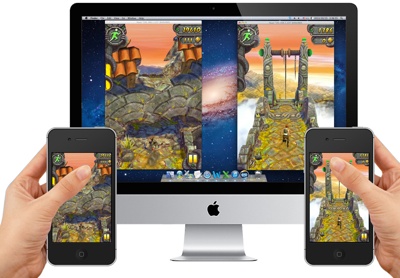