LEGO Lord of the Rings coming to the Mac on Feb. 21

Feral Interactive has announced that the action-adventure game LEGO The Lord of the Rings will be released for the Mac on Thursday, Feb. 21. Developed by TT Games and published by Warner Bros. Interactive Entertainment for consoles, handhelds and PC, LEGO The Lord of the Rings brings the brick-based humor of the LEGO games to the world of Middle-earth.

Here’s the description of the game: “LEGO The Lord of the Rings tells the story of Frodo Baggins, a Hobbit, who is tasked with carrying the One Ring to the dark land of Mordor and destroying it in the fires of Mount Doom. With a fabulous cast of minifigures, dialogue from the films and LEGO versions of Rivendell, the Shire and Mordor, LEGO The Lord of the Rings is an imaginative and energetic retelling of the renowned movie trilogy.

“Players can embark upon the quest in heroic single player mode or forge a Fellowship with friends and family during drop in/drop out co-operative play. On the way, they will master the special skills of more than 80 playable characters, face off against Ringwraiths, Mountain Trolls and the Balrog, and smash hundreds of Orcs to pieces with Aragorn’s sword, Legolas’ bow and Gimli’s axe.

“LEGO The Lord of the Rings is an open-world game that gives players the freedom to explore Middle-earth on foot, on horseback or by magic. Alongside the epic events of the main story line, players will also set out on perilous side quests, hunt for hidden treasures and craft new weapons and items to help them on their journey.” 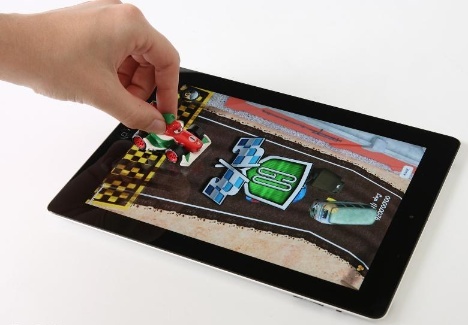