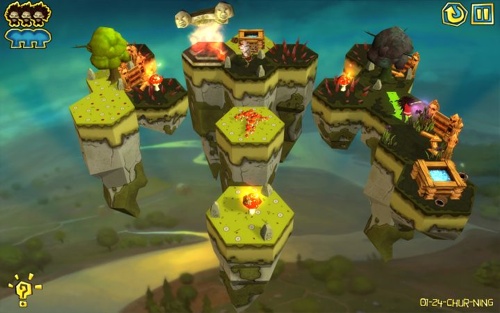 Arges Systems has launched its debut puzzle action game, Hairy Tales, on the Mac App Store. It costs US$5; an iOS version is available at the Apple App Store for $0.99.

Here’s how the game is described: “Blending fast furious action with tile-dragging puzzle mechanics Hairy Tales stars the Hairys, an excited group of fairy folk who are so eager to clear their world of corruption that they simply don’t watch where they’re going. Featuring 72 deviously animated levels split across three distinctive worlds, players must simultaneously save the Hairys from falling off the edge of the world by by re-arranging the tiles on each level, whilst acquiring power ups, magic mushrooms and destroying evil enemy Kikimoras and their three powerful end bosses.”

Gartner: use of 3D printing will ignite debate on ethics, regulation