With the new iMac rolling out with no optical drive built-in, it’s obvious that Apple is never going to support Blu-ray. I can understand Apple’s not building in a Blu-ray player — after all, the company a) loves thin products, and b) wants you to buy all your music, movies and TV shows at iTunes — but the company should at least offer Blu-ray support.

Phil Schiller, Apple’s senior vice president of worldwide marketing — told Harry McCracken of “TIME” that “Blu-ray has come with issues unrelated to the actual quality of the movie that make [it] a complex and not-great technology … So for a whole plethora of reasons, it makes a lot of sense to get rid of optical discs in desktops and notebooks.”

His preferred Blu-ray alternative? iTunes, of course, which lets you buy a movie and then watch it on all your Apple devices.Once upon a time, people assumed that Macs’ lack of Blu-ray was a delay, not a permanent decision to fast-forward past it. McCracken told Schiller that he imagined folks don’t ask about it much these days — and the Apple exec, not surprisingly, agreed. (You can read more of the interview at .)

Despite Apple’s dislike of it, Blu-ray may have the brightest future of all optical media. Blu-ray penetration in North America and Western Europe will surge from just over 25% in 2011 to over 76% by 2017 (standalone players and game consoles included), according to ABI Research (www.abirsearch.com).

And according to iHS Screen Digest:

What I would like to see Apple do is provide the “hooks” for Blu-ray playback in Mac OS X . Then third parties could offer drives that both record and play Blu-ray discs without a lot of inconvenient work-arounds. Windows PC users have that choice — and some of us Mac owners want it as well. 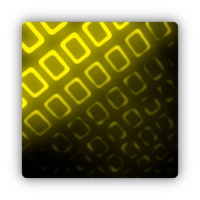