Shade 3D for Unity coming to the Mac 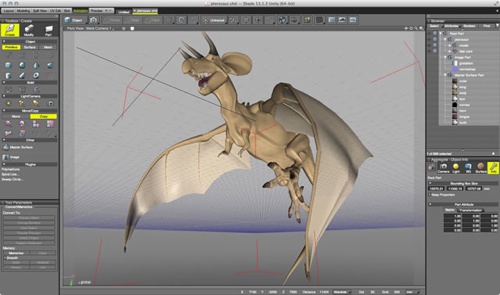 Publisher Mirye Software and developer E Frontier say the free 3D game content development system for indie developers and professionals will be available for developers on Mac OS X in mid-November at the Mac App Store.

Shade 3D for Unity is based on the professional 3D modeling, animation and rendering tool set Shade, a product available for over 27 years and used worldwide by illustrators and designers. Shade 3D for Unity enables designers and game developers to build animated project content that integrates with Unity 3D, the game development system for Mac OS X, Windows, iOS, and Android.

Workflow integration makes it is easy to share project assets (Configuration Files) of Unity in Shade 3D for Unity and easily transfer content between them, according to the folks at E Frontier. Gmes created and developed with Unity and Shade 3D for Unity can be distributed through the Apple App Store for iPhone, iPod and iPad, Google Play for Android Devices, and distribution systems like Steam.

My predictions for 2012: the iPhone