“MacRumors has learned that Apple is piloting a program to tap into its vast number of retail store employees to help improve the company’s new Maps app for iOS 6. Details on the initiative remain unclear, but multiple sources have indicated that participating stores will dedicate 40 hours of staff time per week, distributed among a number of employees, to manually examine Apple’s mapping data in their areas and submit corrections and improvements.” — “MacRumors” (www.macrumors.com)

“Asian suppliers for Apple Inc. have started mass production of a new tablet computer smaller than the current iPad, executives at component makers said, as the Silicon Valley company tries to stay competitive against tablets from rivals such as Google Inc. and Amazon.com Inc. The smaller tablet will have a 7.85-inch liquid-crystal display with a lower resolution than the latest iPad, which was released in March.” — “Wall Street Journal” (http://macte.ch/GY6i2)

“T-Mobile, the fourth-largest wireless carrier in the U.S., is on track to merge with MetroPCS after the board of America’s fifth-largest carrier approved an agreement.” — “AppleInsider” (www.appleinsider.com)

“Following up on prior reports that Apple had not made Lightning connectors available to developers, multiple reliable sources have confirmed to iLounge that Apple has made significant changes to its Made For iPad/iPhone/iPod (MFi) policies, tightening control over the manufacturing of Lightning accessories. According to the sources, only Apple-approved manufacturing facilities will be allowed to produce Lightning connector accessories, even including third-party accessories. Moreover, Apple hasn’t approved any factories yet, which the sources say will limit the number of Lightning accessories available in the near future. — “iLounge” (www.ilounge.com)

“Apple has reportedly “deliberated” moving its lineup of Mac computers away from Intel processors, though such a change apparently isn’t ‘imminent.'” — “Bloomberg Businessweek” (http://macte.ch/HaMlS)

“MacRumors has learned that at least one Fortune 500 company is requesting that its employees not upgrade to iOS 6 over a bug with Microsoft Exchange meeting invitations. The issue has also been reported on Apple’s support discussion boards.” — “MacRumors” (www.macrumors.com) 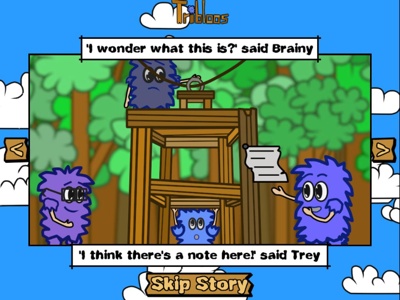 Tribloos comes to the Macgamestore