The iPhone 5 effect a hot topic at 4G world

The iPhone 5 will be a hot topic at the 4G World 2012 Conference and Expo, a conference and expo covering the entire ecosystem of next-generation. The 4G Device Strategies Program will take place during the annual 4G World Conference in Chicago from Oct. 29 to Nov. 1.

“The industry impact of new 4G devices launched over the past few weeks will be massive, and will be a very hot topic at our 4G Device Strategies series,” says Berge Ayvazian, senior consultant at Heavy Reading. “The timing couldn’t be better for in-depth discussions on hot button issues such as the impact of the launch of the iPhone 5, new 4G enabled tablets, and helping operators better monetize third-party mobile video content and FaceTime video chat over their own 4G networks.”

A new blog post by Ayvazian positions the iPhone as LTE’s killer app. In his post, Ayvazian shares insights from 4G Device Strategies track chair, John Jackson, VP of research for CCS Insight, debating the impact on carriers’ competitive positions around the world.

“Jackson expects a boatload of iPhone 5s to be sold in the fourth quarter of 2012 alone,” says Ayvazian. “Given the pent-up demand for the new device, Apple stands to shatter previous records in unit sales. In fact, J.P. Morgan’s analysts have predicted that Apple could sell about 8 million iPhone 5 units in the final three months of the year with an average selling price of around US$600. John will be continuing the discussion at 4G World during the Device Strategies Series.”

According to Ayvazian, global mobile carriers could be the big losers from the $1 billion Apple verdict against Samsung.

“The patent wars are escalating as evidenced by Samsung’s effort to obtain a sales injunction against the new iPhone 5, just as Apple prepares to fulfill 2 million pre-orders and open retail sales of the hero device today.”

Ayvazian says the biggest issue is services innovation: “Carriers have relied on devices as the interface to innovation. Operators like Verizon Wireless have been able to take Android and make it their own ‘Droid’ brand, whereas Apple owns the iPhone brand.”

So what’s the next play for mobile operators?

“Now is the time for operators to try to cultivate competitive alternatives. AT&T and others need to give Microsoft and Nokia a real chance with Lumia and Windows 8. Same thing with RIM’s new BlackBerrys and BB10,” Ayvazian says.

For more information or to register for the 4G World 2012 Conference and Expo, visit the 4G World web site (www.4gworld.com). 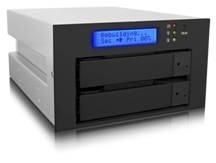 WWDC promises to be “best ever”