According to the latest research from Strategy Analytics (http://www.strategyanalytics.com), smartphone shipments fell 5% nnually to reach 24 million units in the United States during the second quarter of 2012. The Android operating system lost ground to Apple iOS and Android’s market share fell four points on an annual basis to 56 percent.

Blackberry’s smartphone market share in the United States has dropped from 11% to 7% over the past year, reaching its lowest level in recent history. Consumers, businesses and operators continue to be frustrated by Blackberry’s limited toushcreen smartphone portfolio and repeated delays to its new BB10 operating system, according to the research group.

“Smartphone shipments fell 5% annually to reach 23.8 million units in the United States in Q2 2012,” Alex Spektor, associate director at Strategy Analytics, says. “This was one of the slowest growth rates ever experienced by the important US smartphone market. A volatile economy, maturing penetration of smartphones among contract mobile subscribers, and major operators tightening their upgrade policies to enhance profits were among the main causes of the slowdown.”

Neil Mawston, executive director at Strategy Analytics, adds: “We estimate Android shipped 13.4 million smartphones for 56% share of the United States market in the second quarter of 2012. This was down from 15.3 million units shipped and 61% share a year earlier. Android remains the number one platform by volume in the United States, but its market share is approaching a peak and Apple iOS has been gaining ground. Apple’s US market share has risen by ten points from 23% in Q2 2011 to 33% in Q2 2012. Apple is rumored to be launching a new iPhone in the coming weeks, and that event, if it takes place, is going to heap even more pressure on Android in its home market.”

SoftRAID, LLC announces the release and immediate shipment of 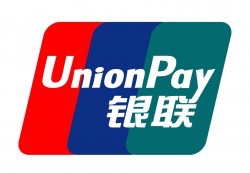