Netflix, YouTube are ‘must have’ apps for Smart TV owners

Smart TV manufacturers are hoping that the popularity of apps with smartphone and tablet users makes its way to the living room. Manufacturers and retailers are selling more and more televisions preloaded with Internet-connected functionality, frequently referred to as Smart TVs, according to Harris Interactive (http://www.harrisinteractive.com).

This provides an environment where consumers can use apps to do anything from surfing the Internet using a fully functional web browser, to streaming their favorite movies, TV shows and music right on their TV sets. Streaming video apps are the most popular apps for both Smart TV owners and consumers who don’t yet have a Smart TV. Three of the top five “must have” apps are Netflix (owners 47%/non-owners 34%), YouTube (owners 44%/non-owners 31%) and Amazon Instant Video (owners 34%/non-owners 23%).  Social media giant Facebook (owners 35%/non-owners 29%) and online radio leader Pandora (owners 28%/non-owners 18%) round out the top five.

These are some of the results of The Harris Poll of 2,634 U.S. adults (ages 18 and over) surveyed online between May 7 and May 15, 2012 by Harris Interactive.
Younger adults (those 18-35) chose YouTube (owners 57%) as their top “must have” app over the more traditional experience offered by Netflix (owners 54%) and Amazon Instant Video (owners 38%).

Almost three-quarters (73%) of non-Smart TV owners indicate that they are not that familiar (39%) or not at all familiar (33%) with Smart TV or Internet Connected TV, despite the fact that shipment data suggests that manufacturers are continuing to ship more and more Smart TVs.

“Younger adults desire a more social TV viewing experience,” says Manny Flores, senior vice president at Harris Interactive. “With the proliferation of social media sites like Facebook, Twitter and Google+, younger adults are not only more tech savvy, but are accustomed to being able to share their online experiences with their friends and family. So why not add TV viewing to the list of online experiences to share?”

As the TV becomes a more overall entertainment device, it is only a matter of time before we see the mainstream use of additional content apps, such as Facebook, being used on the TV,” he adds. Yet, manufacturers and retailers evidently have to do a much better job of educating their consumers on what a Smart TV is and the benefits of a Smart TV experience, Flores says.  ”Increased familiarity appears to be the key to driving purchase consideration,” he adds. “Also, manufacturers need to hope that familiarity with smartphone and tablet apps translates into greater interest and adoption for apps that can be used on a bigger screen in the living room.”

This Harris Poll was conducted online within the United States between May 7 to 16, 2012, among 2,634 adults (aged 18 and over). Figures for age, sex, race/ethnicity, education, region and household income were weighted where necessary to bring them into line with their actual proportions in the population. 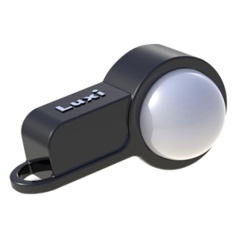 Luxi turns your iPhone into a light meter 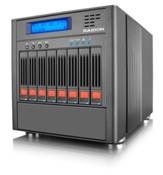 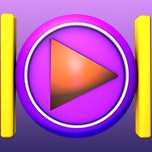