In a note to clients — as reported by “Fortune” — Piper Jaffray analyst Gene Munster says the looming map wars (or perhaps that should be “reported” Map wars — in which Apple is reportedly planning to replace Google Maps as iOS’s default mapping app — isn’t likely to tip the balance one way or the other.

If Apple does drop Google Maps from the iPhone and iPad, Google will probably stick around, turning it into stand-alone app on the Apple App Store, the analyst thinks. Munster estimates that Google will generate about US$4.5 billion in gross mobile revenue in 2012 — $4 billion) from search ads and the rest ($500 million) from display. He believes that iOS is likely to remain the biggest or close to the biggest source of that revenue, generating roughly 40% of the total (or $1.6 billion). Assuming Google keeps half (after subtracting so-called acquisition costs), iOS would generate about 2% of Google’s total revenue in 2012.

For more info go to http://tech.fortune.cnn.com/2012/06/07/iphone-and-ipad-to-account-for-2-of-googles-2012-revenue/?section=money_topstories&utm_source=feedburner&utm_medium=feed&utm_campaign=Feed%3A+rss%2Fmoney_topstories+%28Top+Stories%29 . 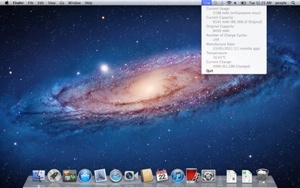